The UP Companies Promotes Construction Careers to St. Louis Minorities

The company is taking steps toward boosting diversity and making a generational impact on the St. Louis metropolitan area workforce 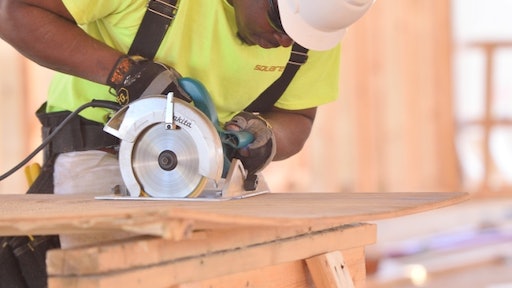 According to the Bureau of Labor Statistics, construction jobs will grow faster than the average for all other occupations from 2014 to 2024. Despite the apparent abundance of construction work, St. Louis trades, unions and construction companies continue to struggle to find qualified, diverse workers.

Minority-owned The UP Companies (UPCO), which consists of Power UP Electrical Contractors and Square UP Builders, is taking several steps toward boosting diversity and making a generational impact on the St. Louis metropolitan area workforce by reaching out to minority students and hiring qualified minorities.

"We know that union membership in Missouri has declined from 15.5% in 1989 to 8.8% in recent years, and that the majority of union workers are between the ages of 45 and 64, so why aren't more young minorities pursuing careers in the trades after high school? We are working diligently to change the perception of skilled labor," said UPCO owner Michael Kennedy, Jr.

High school graduates who do not pursue a college education are more likely to seek employment in the trades, said Kennedy. In St. Louis City and County combined, 71% of individuals with just a high school diploma are minorities and women, and 29% are white men, according to the Coro Fellowship report.

Not all high school graduates go to college and there are plenty of skilled labor jobs currently available with competitive salaries and benefits, said Kennedy. A union apprentice can earn a yearly salary of $30,000 - $55,000, plus benefits and overtime pay, while a journeyman or foreman can earn upwards of $85,000 a year.

"With more young people pursuing college degrees after high school, less are showing an interest in learning skilled trades and joining unions, opting for other jobs that typically pay less and require less skills," said Kennedy. "The construction consumer demand for quality, competitive pricing and a diverse workforce is increasing all the time. The industry needs more minority workers, particularly now when more and more Baby Boomers are retiring."

UPCO has continued to realize the value in mentoring young minorities and is striving to give disadvantaged students in St. Louis City and County the opportunity for a lifelong, respectable career in skilled labor.

The UP Companies employs a diverse, skilled, union workforce that consistently meets or exceeds minority participation requirements on every project. It currently employs 75 union apprentices and has grown its workforce from an initial 30 to 220, which includes 20% minorities.

UPCO has initiated several programs aimed at recruiting a diverse workforce and encouraging careers in skilled labor among minorities. Company representatives regularly visit high schools, technical high schools, trade schools and universities throughout the St. Louis area to recruit minority students for training at the Carpenters Union and Electricians Local 57. The UP Companies even offers its employees incentives to seek out and hire qualified minority workers.

Once entered in the union program, UPCO ensures that the students get the "right start" as apprentices by providing them with tools and scheduling their job assignments near public transportation when needed. UPCO sponsors these young adults into the union where their educations are paid for through their benefits package.