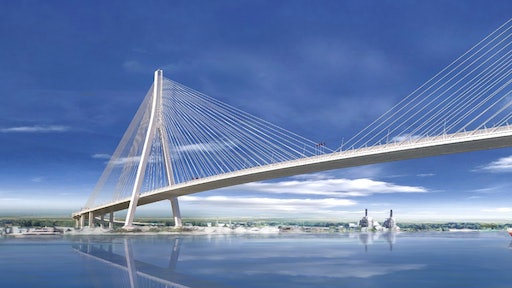 Aecon will rejoin its partners, ACS Infrastructure Canada Inc., Dragados Canada Inc. and Fluor Canada as a member of the Bridging North America consortium. Financial close is expected by the end of September 2018.

Aecon’s request to participate in the public-private partnership was approved following thorough review by Windsor-Detroit Bridge Authority (“WDBA”), the Canadian Crown corporation responsible for the project.

“This is an important project for Canada and the United States,” said John M. Beck, President and Chief Executive Officer, Aecon Group Inc. “The Gordie Howe International Bridge project fits well into Aecon's existing portfolio of projects. Given Aecon’s current resources, extensive involvement in the development of the proposal prior to its withdrawal and review of the final proposal, Aecon is pleased to be a part of the team to deliver this critical infrastructure project for the benefit of all stakeholders. Aecon looks forward to working with its partners and WDBA to achieve financial close and ultimately deliver this vital infrastructure project.”