The National Academies of Sciences, Engineering, and Medicine 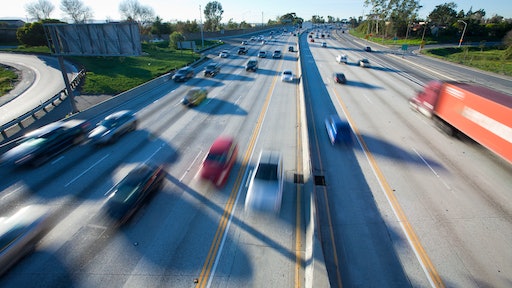 The future of the U.S. Interstate Highway System is threatened by a persistent and growing backlog of structural and operational deficiencies and by various looming challenges, such as the progress of automated vehicles, developments in electric vehicles, and vulnerabilities due to climate change. Unless a commitment is made to remedy the system’s deficiencies and prepare for these oncoming challenges, there is a real risk that the nation's interstates will become increasingly unreliable and congested, far more costly to maintain, less safe, incompatible with evolving technology, and vulnerable to the effects of extreme weather, says a new congressionally mandated report from the National Academies of Sciences, Engineering, and Medicine. The report calls for a 20-year “blueprint for action,” which includes creating an “Interstate Highway System Renewal and Modernization Program,” increasing the federal fuel tax to help pay for it, and allowing tolls and per-mile-charges on more interstate routes.

“The interstates have long been the backbone of our country’s transportation system, but most of them have exceeded their design lives and in many places are worn and overused,” said Norman Augustine, former chairman and CEO of Lockheed Martin Corp. and chair of the committee that wrote the report. “These aging interstates are highly congested oftentimes and in need of reconstruction. Furthermore, technological advances are offering new opportunities, but they may also undermine a principal source of income for the interstates, namely the tax on fuel.  We recommend a course of action that is aggressive and ambitious, but by no means novel. Essentially, we need a reinvigoration of the federal and state partnership that produced the Interstate Highway System in the first place.”

The Dwight D. Eisenhower National System of Interstate and Defense Highways was authorized in 1956 and designed to provide safe and efficient transportation across states. The highways serve as both urban commuter and inter-urban travel corridors, integrate the country’s freight system by connecting to major ports and rail hubs, and are critical to the logistics of national defense. Constituting about 1 percent of public road mileage, the interstates carry about one-fourth of the nation’s vehicle miles traveled, including about one-half of the miles traveled by heavy trucks.  Moreover, per vehicle mile traveled, interstate highways are the safest roads in the country. Because of their heavy use, however, they still account for more than 5,000 traffic deaths per year. Nevertheless, today they suffer from severe congestion, mainly in urban areas, and in many cases are in need of costly reconstruction.

The committee identified a series of challenges – both long-standing and emerging ones – that confront the future of the interstates. These include rebuilding the system’s pavements, bridges, and other aging assets before they become unserviceable and less safe; adding more traffic capacity and demand management capabilities, especially on congested urban segments; ensuring the system’s coverage keeps pace with changes in the location of the country’s population and economic growth; improving safety as traffic volumes increase; adapting to changing vehicle technologies; adopting new user-based funding mechanisms that will generate the needed reinvestment revenues; and incorporating changing climate conditions into planning and design. For example, more than one-third of interstate bridges have been in service for more than 50 years and will require repair and renewal investments that will add significantly to the major outlays required for rebuilding the system’s original pavement foundation. In addition, large metropolitan areas are expected to continue to account for most of the country’s population growth, yet their interstates have little room to expand locally and are likely to require innovative solutions to accommodate growing travel demand.

The committee noted that advances in technology — ranging from more efficient and faster construction methods and more durable materials to electronic tolling and increasingly connected and automated vehicles — could make the rebuilding of the Interstate Highway System and the allocation of its capacity more manageable, while also furthering the continual goal of increasing the system’s capacity and level of safety.

The report's proposed major upgrade of the Interstate Highway System would require the federal and state governments to coordinate and focus their efforts on a goal similar to the one that motivated the system’s development under the original Interstate Highway System Construction Program. Therefore, the committee recommended that Congress legislate the Interstate Highway System Renewal and Modernization Program (RAMP) to reinforce a partnership where the federal government would provide leadership, vision, and the bulk of the funding, and the states would prioritize and execute projects in their traditional role as owners, builders, and maintainers of the system.

Recent combined state and federal capital spending on the interstates has been approximately $25 billion annually. To renew and modernize these highways over the next 20 years, $45 billion to $70 billion will be required annually, depending on uncertainties, such as the rate of growth of vehicle miles traveled. The committee noted, however, that these estimates may be low, because they do not include funding required to reconfigure and reconstruct many of the interstates' 15,000 interchanges or make the system more resilient to the effects of climate change.

To raise the additional new revenue needed for system upgrades, the committee recommended increasing the federal fuel tax in the near term and allowing tolls or per-mile charges on interstate users. Lifting the ban on tolling that applies to most general purpose interstate lanes would provide states and metropolitan areas with more options for raising revenue for their share of RAMP investments and for managing the traffic demand on and operations of interstate segments that offer limited opportunity for physical expansion.

Congress should direct the U.S. Department of Transportation (DOT) and Federal Highway Administration (FHWA) to establish criteria for “rightsizing” the interstates — which would extend the system’s length and scope of coverage and remediate disruptions caused by highway segments that are viewed as intrusive to local communities. These criteria should be developed in consultation with states, local communities, highway users, and the general public and take into account the needs of growing regions and cities for improved access to the transportation network, as well as the interests of jurisdictions that have been harmed by interstate segments that divide or isolate neighborhoods.

In addition, Congress should direct U.S. DOT and FHWA — working with states, industry, and independent technical experts — to start planning for the transition to more automated and connected vehicle operations, the committee said. This effort should entail the needed research and updates to Interstate Highway System requirements and standards to ensure that basic intelligent transportation system instrumentation is adopted on a consistent and systemwide basis, and that uniformity and other attributes of pavement markings, interchange design, and the like are capable of facilitating eventual interstate use by connected and automated vehicles.

The study was sponsored by the U.S. Department of Transportation. The National Academies of Sciences, Engineering, and Medicine are private, nonprofit institutions that provide independent, objective analysis and advice to the nation to solve complex problems and inform public policy decisions related to science, technology and medicine. They operate under an 1863 congressional charter to the National Academy of Sciences, signed by President Lincoln. For more information, visit http://national-academies.org.