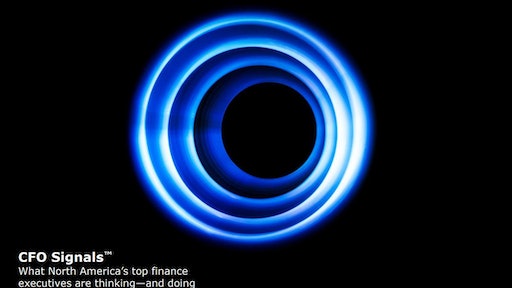 According to the CFO Signals quarterly report conducted by Deloitte Development, LLC, CFOs’ assessments of the North American, European, and Chinese economies has continued to decline, and own-company optimism fell to its second-lowest level in three years. CFOs expressed strong concerns about US political turmoil and the impact of trade policy on global economic growth. Talent concerns continue, as well, with a new focus on rising labor costs. 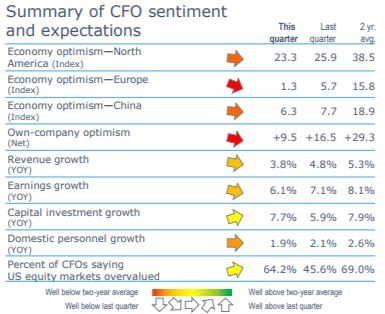 Deloitte Development, LLCThis quarter the survey asked about the expected severity and duration of any downturn that might occur by the end of 2020. About 80% of CFOs said they expect any downturn to be mild, and about half of those said they expect a short duration (less than 5% expect a sharp, prolonged downturn). These expectations may help explain why, even as CFOs’ expectations for revenue, earnings, and hiring growth continued to decline this quarter (all sit at two-year lows), their expectations for capital spending continued to rise — a phenomenon evident last quarter, as well.

Key developments since the Q1 2019 survey affecting the outlook include:

CFO Signals has tracked the thinking and actions of CFOs representing many of North America’s largest and most influential companies each quarter since Q2 2010. All respondents are CFOs from the US, Canada, and Mexico, and the vast majority are from companies with more than $1 billion in annual revenue.