The Right Teamwork…at the Jobsite 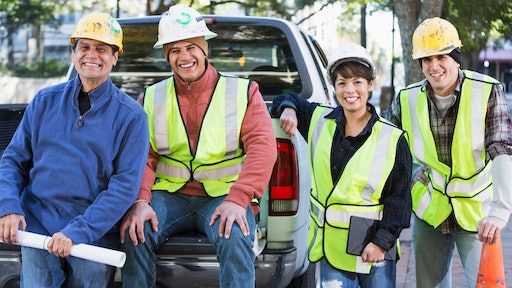 I read a book a few years ago titled, Same Kind of Different as Me, and boy, does that title fit the chemistry often demonstrated by great pavement maintenance crews. There is nothing as important as having your crew perform, almost without any talking, because each crew member understands their role and contribution.

As I’ve worked with and observed crew teamwork over the past thirty-five years, the presence of solid teamwork is often as clear as the nose on your face.  Here’s what you notice right away:

Now, while not every crew that gets into “rhythm” guarantees perfect performance, observing a crew experience the four bulleted items previously usually leads to a crew who is getting better results. So, what does a crew need to do to improve their chances of performing greater effective and profitable results, in a safe manner? Consider the following recommendations:

1.       Promote more “pre-start” communication about the job and confirmation about “Who is doing what on this project.”

2.       Assign something of importance for the crew to each crew member, i.e. one worker checks all the equipment and tools, one worker takes a safety check inventory of the job site and moves barricades and cones accordingly, etc.

3.       Set your safety compliance as a daily goal and empower each worker to assist each other to ensure they have the proper PPE.

4.       When one of the crew members have an idea, let them share it and depending on the safety and quality issues, even try their idea.  Remember, sometimes “different” is better.

5.       Set a production goal for each day…but let the crew discuss how they will achieve the goal.

6.       Take pictures of your crew during production…and share with them as part of the afternoon “huddle” before you leave the site.  (Guys like to see themselves in the pictures by the way.)

7.       Start doing “team sweeps” where you spread your guys out and sweep (walk) across the job site.  This can be done to spot forgotten hand tools, quality issue needing reworked, trash that needs picking up, etc.

8.       When the crew has produced well…treat your guys to a soft drink (something other than what is in the ice chest already), or some snack to munch on while driving back to your yard.  If you’re out of town, maybe buy an appetizer for the entire crew to enjoy, at dinner that evening.

Look, as we continue in our pavement maintenance career, we often recognize that we will attract an entirely diverse mix of workers.  Some of these workers will be as different from you, and others, as you can think.  Yet, it is often when we do have such differences that our similarities also pop up.  Similarities such as wanting to be respected, accepted, given a chance, and even, to perhaps lead out in a process that’s different than the way we have always done things.

As you build your crew chemistry, have some fun and don’t be tied down to only one way of doing some things.  Obviously we want to make money and we want to work safe, but in some areas of our work, allowing a few differences to be integrated into our work processes might not be the worst thing to happen to our crews, our companies.

Here’s to building a greater crew…even if it’s a bit different than me!

Follow these guidelines to make sure your late-season jobs are successful – and profitable
Allan Heydorn
December 16, 2020
Follow Us