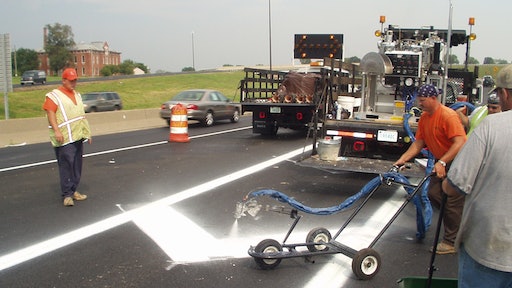 Not surprisingly, 72 of the Striping 75 indicate they perform at least some portion of their work on parking lots (there was one no-answer, one firm reports 100% of their striping work on airports, and one company stripes roads and highways only). In addition,

And that work breakdown is reflected in the customer mix:

Contractors who participated in the 2015 Top Contractor survey can expect to receive the annual analysis and report in August.

Contractors who miss out on this year’s report can participate in the 2016 Top Contractor Survey which will be open online from January 1 through April 30, 2016.