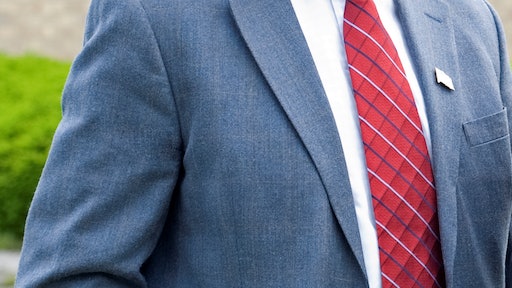 Andrew Musto, Chief Operating Officer of  U.S. Pavement Services, Inc. has been named among Boston’s top 40 Under 40 executives by the Boston Business Journal. It’s been a banner year for the 32 year old Musto whose innovative leadership style has resulted in the company being named the #1 contractor in the nation for 2016 by Pavement Magazine. Despite all of the accolades he’ll tell you his proudest moment this year was when his longtime girlfriend, Lisa Wright, said yes to his marriage proposal.

Andrew joined U.S. Pavement Services in 2003, while still in college. He started as the job costing and billing coordinator. In 2006 he became the Executive Vice President, taking the company to a new level by leading the development of the National Account business as well as the 800 Pavement Network with his uncle and CEO/Founder Mike Musto. Now as Chief Operating Officer, Andrew develops and leads the corporate strategy while overseeing all senior directors and executives. Andrew manages the entire organization’s processes, procedures, people and profitability. His leadership skills offer effective, creative and innovative ways to build on the companies achievements.

Andrew has a Bachelor of Science, Cum Laude with concentrations in Entrepreneurship and Economics, from Babson College. He was recently recognized as Construction Equipment magazine’s 40 under 40 for his outstanding accomplishments. One of his proudest moments while being a part of the company was witnessing CEO Mike Musto receive the award for being named the Contractor of the Year by Pavement Magazine. Mike’s determination and devotion to small business development has been a strong influence and guiding force for Andrew. They both share a deep understanding of the inherently risky world of small business ownership and enthusiastically embrace the challenge every day. Mike appreciates the “all in” style of his COO stating, “His hard work and determination has paved the way for opportunity for so many employees and partners.”

Available in an economy and premium grades increased strength against bending
April 7, 2017

Designed for manually compacting hot mix asphalt and cold patch material into potholes, this heavy-duty tool is made of a steel pipe handle, a cast aluminum head and has rounded edges to eliminate marking
April 7, 2017