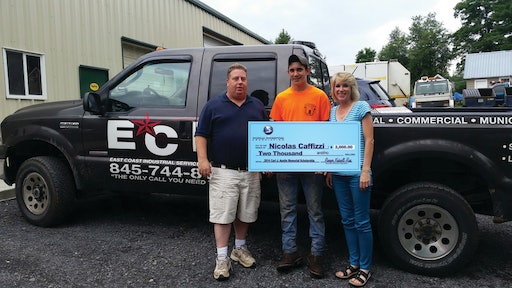 The World Sweeping Association (WSA) has announced the winners of its 2014 Carl J. Austin and Dale McCaskill Sr. Memorial Scholarships.

The Dale McCaskill Sr. Memorial Scholarship was awarded to Daniel Dumont, Harvest, AL. Dumont is a business major entering his senior year at Auburn University. He has worked part-time at PowerVac Services, Madison, AL. WSA said Dumont received the award because of “his strong work ethic and honor roll history” and “a strong track record with volunteerism in his local community.” Dumont, who received a $2,000 scholarship, said he hopes to someday operate his own sweeping company or other, similar, type of company.

How to Control Sweeping Costs