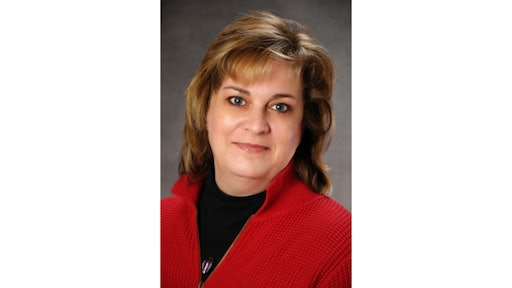 Asphalt Enterprises generates 50% of sales from sweeping and 50% from asphalt maintenance. In a 2011 Pavement article Richards said Asphalt Enterprises had continued its steady growth every year despite the economic slowdown. “It really helps that we’re in the maintenance end of the business because property managers recognize they have to do proper maintenance,” she said.

Asphalt Enterprises became a NAPSA Certified Sweeping Company (CSC) in 2013. “For us the certification process was easy because we were pretty much fulfilling all the certification standards and had been for years,” she says. “For us it was just a matter of gathering all the documentation.”

In addition to being elected NAPSA president, Richards also becomes a member of the Pavement Advisory Board which helps guide Pavement Maintenance & Reconstruction magazine and National Pavement Expo.

Elected to other offices and to the board of directors are: