As contractors face a future that includes their own retirement or retirement of senior leaders, the general manager role might be one that, if not already in place, could provide a nice alternative or option 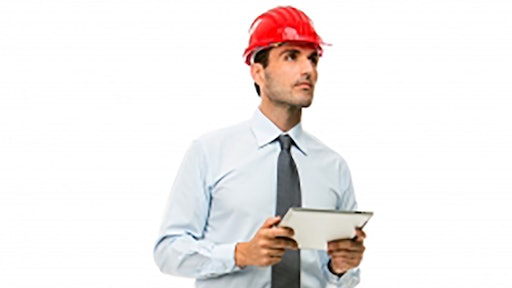 For some construction companies, the need to have a single overseer of the operations is critical, and a general manager could fill that role.

This is the fifth in a series of leadership development articles. In future articles we’ll provide insights to the “making” of a General Superintendent, Vice President, President, Owner, and a Construction Spouse. Articles addressing “The Making of” series for Foremen, Project Manager, Superintendent, and Estimator are available in The Contractor’s Best Friend™ archive, and in Brad Humphrey's book The Making of a Construction Leader.

Of all the “making” series, the position of General Manager might be the newest in its development. As contractors face a future that includes their own retirement or retirement of senior leaders, the general manager role might be one that, if not already in place, could provide a nice alternative or option.

Briefly, for some construction companies, the need to have a single overseer of the operations is critical. If an owner is considering retirement, and there are no relatives to take the reins, or the children are still a few years away from being prepared to lead the organization, then a general manager might be the bridge needed.

Keep in mind that for some construction companies, the title “Division Manager” might be used. For our article here, we’ll consider the “Division” and “General” Manager the same.

For some contractors looking at expansion, either by geography or my market specialty, a general manager might meet this need as well. And finally, for some construction owners and senior leaders, the general manager can provide that one position that truly is the closest to the field and project action, one that is totally focused on running his own, and perhaps limited, field of vision. This allows the owners and other senior leaders to continue to work “on the business” while having a trusted and skilled leader running the daily operations.

Why then a general manager?

Without repeating some of the previous comments, let me list out some reasons why a general manager might be a great option for many contractors.

As you can see, there are a host of reasons why the general manager role might be considered. This list certainly represents many that I’ve seen and have worked with contractors to integrate into their organization.

Now, let’s consider what skills might be needed by a general manager. Remember, some skills might be more slanted to one area or another depending on the reason the position is needed. But for our purposes here, I think we’ll hit many of the needed skills.

The skills of an effective general manager

OK, before you start thinking that the general manager must be some sort of “Superman” let me stop the skill generation. I’ve had contractors over the years tell me that their general manager can just about run the company, without them. Well, to a degree, that’s the idea for most general manager roles. Remember, if you’re an owner or senior leader who must deal with banks, spend more time on business development, etc., then the general manager might come pretty darn close to running the show. However, at the very least, the general manager should be clearly directing traffic on a daily basis.

How To Increase Efficiency By Improving Management Organization

The Making of a Leader: The General Manager