Daily B2W ONE reports allow American Asphalt to proactively help field managers succeed, rather than waiting for data and punishing them for missed goals 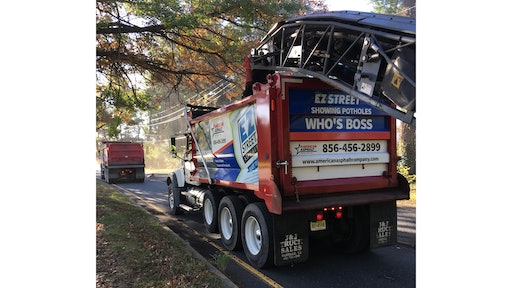 With the B2W Operations Suite, management at American Asphalt can communicate performance expectations to field staff, measure and support their progress and reward performance.

After using B2W Estimate for 18 years, American Asphalt added the B2W ONE Platform in order to make better decisions from real-time information and improve productivity and accuracy by integrating various streams of project data.

“At the end of 2017, we implemented the B2W Operations Suite,” says Kevin Lenover, vice president of construction, American Asphalt. “Under that platform, we have: Track, which is their field and project management module; Schedule, with which we schedule our crews; and Inform, which is B2W’s electronic form-building platform. All of our paper forms are now electronic – and on the iPad, which we have implemented to all our foremen.”

American Asphalt operates three asphalt plants in the northeast U.S. and a paving and construction company that focuses on both public and private work.

Management shifts from punitive to proactive

At American Asphalt, the B2W platform gets heavy use. “As vice president of construction for the construction division, I use the tool daily on a multitude of levels,” says Lenover. “Every morning, I’m looking at job cost reports from the day before, production reports, any issues that may have popped up, man hours, materials – just about everything.”

Operational data that American Asphalt field managers gather using mobile devices is updated immediately, so the company can respond to problems as they arise.

“It helps me see my business in a real-time fashion,” says Lenover. “I can now understand what’s going on at a jobsite at which I am not present. I may have a crew working two hours away from me. Previously, I wouldn’t know how that day went until all the paper time sheets came in and all the material tickets came in and all the things that have to go together when you’re doing construction. Now, I get to know whether they’re meeting production goals and about any issues much more quickly than I used to, and I can react to them in a timely manner instead of finding out days or weeks later where we lost money. I don’t get surprised like I used to.

“Knowing that information and knowing how things are going in the field is priceless. I can look at a multi-day job, and say, they didn’t hit their production yesterday, and look at the notes from the foreman, or maybe a picture, and then see why they didn’t hit production. Maybe the estimator missed something or maybe the client didn’t do what they said they were going to do. There are thousands of different pieces of information that are out there that could be a cause and a factor and allows my management team and me to react to help our guys. It allows us to be proactive instead of being punitive.”

The software not only allows for display of data from a single site, but multiple sites. “My computer has dashboards set up by B2W, so I can see my top five and bottom five performing projects, which gives me a quick glance of how we’re doing, and then I can drill down from there on the different projects on a daily basis,” says Lenover.

Besides the benefits derived from getting real-time data, the software aids in boosting performance. “Operational performance and profitability go hand in hand in our industry,” says Lenover. “We operate on tighter margins than a lot of companies out there, so being able to meet or beat production goals on a daily process is really where we make our profit.”

The program allows American Asphalt to clearly communicate performance expectations to field staff, measure their progress and reward performance. “I am now able to share production goals with the foreman in the field. Before, I would have to verbally tell them; now, it’s on their work order for the day or for the next day.”

Lenover continues: “Let’s say the expectation is to get 1,200 tons of asphalt down in a day; now, they know how to do it. They know exactly which equipment they’re going to have, they know the people they’re going to have, they know the number of trucks; they have all that information at a glance. It gives them a chance to prepare. They know exactly what they are expected to do each day and that has been very helpful. And I’ve been able to create some incentives for my foremen. ‘If you beat this goal, you are going to get a point for this’.” At American Asphalt, points drive towards financial incentives.

This is something the company was not able to do before, because they didn’t have all the information or didn’t have unadulterated information. Previously, there were always opportunities for someone to contribute to or change the record.  “Before, it was never true information, whereas now it’s true – it’s raw – its factual information.”