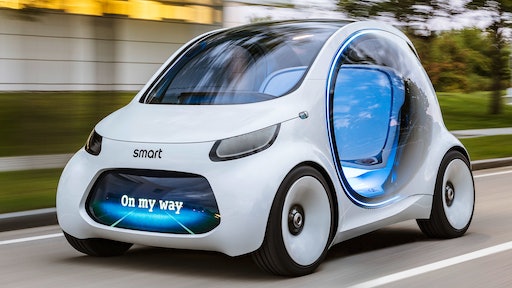 Billions of dollars invested by automakers, countless engineering and design firms, and giant technology conglomerates have made autonomous-vehicle technology a reality. As of this year, several big-ticket partnerships are in place, including a $15.3 billion venture between the BMW Group, Intel and Mobileye, backing Delphi’s autonomous driving platform. Google has its $1.1 billion self-driving car project, Waymo.

Valid concerns remain about safety, security, government regulation and potential users’ resistance to give up private cars, but clearing those hurdles is a much faster process.

Adapting our car-centric culture and infrastructure to a driverless future is likely to start soon, considering the profound development and construction opportunities it will create.

According to Real estate firm Transwestern’s report The New Industry Driver: How the Rise of Autonomous Vehicles Could Impact Future Real Estate Strategy, the widespread use of AVs through ride-sharing services should decrease traffic congestion and make space available for other uses. Demand for parking would be reduced, providing an opportunity for developers to re-envision garage facilities.

Real-estate trade publication Commercial Property Executive has been asking select readers how they expect driverless cars to impact their industry. ForConstructionPros.com shares some excerpts that should interest construction firms.

“Advances in mobility will force a rethinking of the infrastructure of our urban and suburban centers,” said Jeffrey Berman, general partner at Camber Creek. “Form factors for street layouts could very well change taking into account that AVs will move with better technical precision than human driven vehicles.

How Will Autonomous Vehicles Impact How We Build Roads?

“Significant changes to come include the reduced need for proximate parking and the present configuration of streets and roads. Additionally, (New York City) developers are starting to think about more remote areas of the five boroughs as attractive development sites.”

of the space of a current vehicle,” said Joe Derhake, CEO of Partner Engineering and Science. “Additionally, a reduction in car ownership (or multiple car ownerships), paired with roaming services, will reduce overall parking space needs. Currently, there are one billion parking spaces in the U.S., which constitutes 15% to 30% of urban land – about three spots for each person, four for each car. Surface parking footprints could be reduced by 35% to 50% in the next 20 years. Commercial spaces will be able to build more densely, which is better for prime real estate locations.

“Accommodating for parking is hard on office space developers, so this will increase the breadth of building design options and locations and simplify office layouts. Secondly, commute tolerance will increase with driverless cars, which will impact the kind of workforce offices can attract.

“Prime real estate locations may be redefined and expansion into secondary, tertiary markets and exurbs may increase.”

Wired.com got into the autonomous-vehicle forecasting, point out that building-height restrictions meant to reduce traffic and parking space requirements lose their justification in a self-driving city, so buildings are likely to get taller.

Well-known author, construction veteran, and coach, Brad Humphrey, moderates each 15-minute episode in a quick recap only highlighting the most fundamental points
August 12, 2020
Follow Us