Bonus depreciation has been a useful tax tool, but it may come back to haunt you in 2012-13. 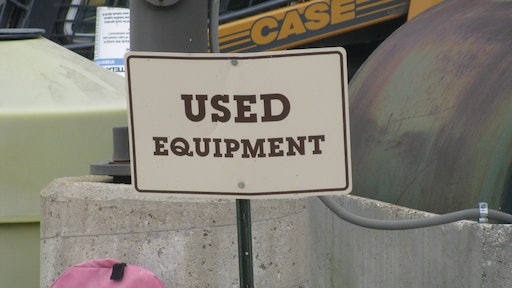 Because bonus depreciation only defers tax obligations, the sale of used equipment could result in a significantly higher tax bill starting in 2012.

Most of you have already closed the books for 2011 (at any rate, I hope you have), and now have a reasonable picture of your profit, tax and cash flow positions resulting from 2011 activity. Taking this yearly adventure one step further, you will probably ask yourself what the tax cost will be on those profits. Assuming you purchased equipment sometime in 2011, I would expect you will use the equipment depreciation to eliminate some or all of the taxable income.

So let's assume the equipment depreciation eliminates the taxable income. Let's also assume you employed the 100% bonus depreciation that was still available in 2011. (It may be available again in 2012, but we don't know yet.). This means the assets purchased now have a zero tax basis and are therefore 100% taxable upon sale at sometime in the future. In fact, if you used the bonus depreciation the last couple of years, I suspect a good portion of your equipment fleet has zero basis and is 100% taxable upon sale.

Up until this point, the fact that bonus depreciation created this 100% taxable situation was not a problem because you had the option to duplicate the 100% bonus every year through 2011. In most cases, this would have eliminated the taxable income related to the sale of used equipment units through 2011.

In summary, bonus depreciation provided a benefit to contractors that own construction equipment, and as long as you purchased enough replacement property, the negative aspects of the program never came to light. Going forward, however, this situation will change and could trap unwary contractors with a big unexpected tax bill.

There are two issues that need to be planned for in 2012 and beyond. First, you will have higher tax gains on the used units you sell (zero tax basis). Second, your depreciation deductions will be lower if bonus depreciation is not extended. The net result is you will need to deal with a higher than expected taxable income. Add in an expected increase in business activity and the tax risk goes even higher.

This tax risk presents a serious problem. If you used bonus depreciation, you have not had a tax bill for a number of years and have used the cash you would have paid Uncle Sam for other business purposes. But since bonus depreciation only provides a deferral of the tax payments due, Uncle Sam will make up his shortfall when you sell the unit. Sold used construction equipment is taxed as ordinary income because you used bonus to offset ordinary income. The problem will show up in the size of your tax bill compared to the 2012 book income. Assuming you turn your equipment fleet 20% a year, it is possible to see 200% to 300% increases in your tax bill starting in 2012.

To make matters worse, the timing of payments has to be considered. If you paid zero tax for 2011, you probably have zero taxes paid into the IRS for your potential 2012 liability. So next March or April, you will file your 2012 return, somehow come up with the tax balance due and avoid underpayment penalties since you had zero taxes due the previous year. (Check with your tax people about this.) Feel a little better?

Well don't, because the real problem is about to surface — the estimated tax payments for 2013 based on the 2012 payments. It looks to me that you may have to make a major payment in March or April of 2013, and then also have to pay a quarter of this amount over the next four quarters. This turns out to be a payment over a 12-month period of 200% of the already excessive 2012 tax bill!

Contractors with large equipment fleets that used bonus depreciation could really experience a major cash flow issue in 2012 -13. This needs to be reviewed and planned for, and you better have a good tax person familiar with these issues helping you out with this. If you need a recommendation, let me know.

Like-kind to the rescue?

One way contractors are mitigating this "zero basis" issue is by using like-kind exchange (LKE). Some of you may be using this tax application to further defer the gain on the sale of used units. But if you have not embraced this concept so far, and you expect you will have the tax problem described, find out about LKE as soon as possible.

If the need is there and you plan to replace equipment each year for the near future, LKE could go a long way toward mitigating the 2012-13 tax bills by deferring them further. I suggest you contact Ron Hodgeman at WTP Advisors (513-600-3532) to learn more about LKE and how it may work for you. Ron is an industry expert, and I know from personal experience that WTP offers a very cost-effective LKE program for its customers.

I titled this column "Double Trouble" with the "double" being a higher tax basis and lower depreciation deductions. After going through this exercise, I think we can add improved business operations and cash requirements in 2012 and 2013.

You know I'm always harping about budgets and cash flow projections, and this year you must complete them, taking into account the sale of used units and any related tax impact. In short, you have to do a close for 2012 today, and as I write this, 2012 is only a few days old.

Don't Let Taxes Slow You Down: Use Like-kind Exchange to Lower Tax Gains

IPAF has relaunched its worldwide accident reporting portal as part of a major drive to gather the best quality data from around the world, in order to analyze the data and uncover what it can teach about safety.
International Powered Access Federation (IPAF)
October 7, 2020
Follow Us