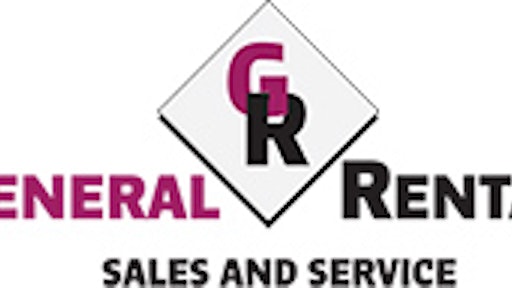 Eric Schuibbeo purchased his first rental store in Avondale, PA in 2004. He had four good years before the recession hit. General Rental Sales and Service, though, withstood the downturn thanks to the owner’s conservative nature and financial background. As he put it, “I saw some indicators, initiated some cost savings ahead of time, and got a bit lucky.”

Looking forward, Schuibbeo, who now owns stores in Harrisburg, PA and Dover, DE, sees the new tax code keeping the economy upright for years to come. “The new code should put money in consumers’ pockets. It won’t happen overnight, but the positive perception that it eventually will is there now. Homeowners need to feel good about the future to spend money and install new decks,” he emphasized.

General Rental Sales and Service employs 90 people among the three stores during peak season. Two are large dedicated party stores whereas the one in Avondale is both an equipment and party store. “I believe consolidation is definitely in the picture for party stores,” he added. “That industry was started by pioneers in the 80s. They are now getting to the age when it now may be time to get out, and what better time to sell than when the economy is doing well.”

He continued, “The story is different on the industry’s equipment side that went through a consolidation phase in the 90’s. Our equipment rental business in Avondale caters to homeowners and smaller contractors and like other similar-sized rental locations, it is not big enough to be an attractive target for consolidation. We compete and will stay viable by offering great service that large national rental companies and Home Depot cannot provide.”

Despite this owner’s optimistic appraisal of the economy, he’s not going overboard spending money. “We started to buy more equipment last year but have held off making big purchases like a big excavator just because the market looks good. A couple new mini-excavators would be a smarter purchase for us.”

Time and a few more indicators will determine if and when customers will see a large excavator on his lot.

'It's Just Too Soon to Tell' for Arizona Rental Company's Expansion

Online Rentals Are the Future in Minnesota

Alabama Rental Business Stays on the Lookout for Trends

How to Read Tire Damage

The slim, battery-powered iOn™ Tag is perfect for the smaller pieces of equipment you need to keep track of.
July 8, 2020
Latest

The year 2020 has been notable for powered access standards, with the ANSI/SAIA suite of standards for mobile elevating work platforms (MEWPs) going into effect.
International Powered Access Federation (IPAF)
August 5, 2020

The coronavirus has cast a long shadow over the world, but amid the uncertainty, we are learning new methods to do business, re-evaluating the old ways of working, and uncovering new opportunities and smarter ways to be safe and effective.
International Powered Access Federation (IPAF)
August 5, 2020

Safety from the Foundations Up

As with all powered access applications, successful mast-climbing work platform, lift, and hoist operations begin with the proper planning and training of personnel by a qualified trainer, instilling a focus on safety from the ground up.
International Powered Access Federation (IPAF)
August 5, 2020

Prior to this promotion, Harrington had served as Durante Rentals’ chief operating officer since May 2019.
August 4, 2020

The instructor-led training allows those who supervise or plan work at height to remotely receive the training from the comfort and safety of their home or office.
International Powered Access Federation (IPAF)
July 24, 2020

The rails feature a quick release mechanism that takes only seconds to fold them under 80”.
Skyjack
July 28, 2020

Skyjack aims to recognize positivity in the industry and wants to highlight the steps people are taking to get back to growth.
Skyjack
July 28, 2020