The late William F. Berry and Gunnar Glifberg were formally honored during a keynote session ceremony at in New Orleans on Feb. 6. 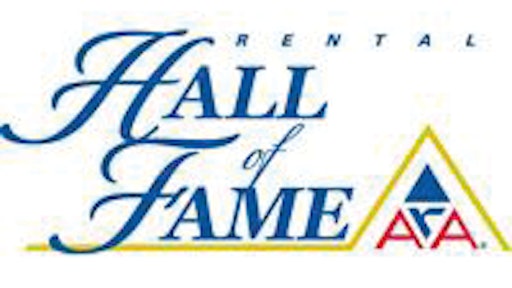 Two longtime rental industry leaders were inducted into the Rental Hall of Fame at The Rental Show this week. The late William F. Berry and Gunnar Glifberg were formally honored during a keynote session ceremony at in New Orleans on Feb. 6.

Bill Berry spent his life in the equipment rental industry, beginning by working with his father,  who owned Berry Equipment Rentals in Modesto, CA. At age 21, Berry was managing his own branch and, by 24, he was general manager of five branch locations. Not long after, U.S. Rentals purchased his father’s company, keeping Berry on in a management position. In 1982, he was regional manager for Northern California before becoming vice president. In 1986, he became president and CEO. Then, in 1998, he played a major role in the merger of U.S. Rentals with United Rentals and became president and a director of United Rentals.

Under Berry’s leadership, U.S. Rentals grew from 39 locations and $45 million in annual revenue to 131 locations and about $600 million in revenue. He was considered to be an outstanding role model for people in the industry and understood that a business can succeed only when its employees are treated with respect and dignity. Berry invested not just in operation models, but also in people.

Safety was a big concern for Berry. In the early 1990s, he implemented the use
of ratchet binders on delivery trucks. In the late 1990s, aerial manufacturers introduced fall restraints on some of their equipment. Berry demanded that U.S. Rentals employees use them instead of waiting for government regulations.

Berry also encouraged women to join the equipment rental industry by promotion and recruitment. He believed that talent trumped tenure and he was among the first to advocate that the rental industry could benefit from more diversity at all levels. He led his organization into an era of systemization and helped it grow into one of the industry’s largest rental companies until it was acquired by United Rentals.

As a result, Berry has been credited with helping change the rental industry for the better from the inside out through diversity, equal opportunity and the balancing of the human element on both sides of the equations: customers and company. He used his passion to affect industry-wide change.

Bill Berry passed away at age 48 in September 2000 after a two-year battle with cancer.

Gunnar Glifberg was recruited to join Cramo in 1994 as CEO. At the time, the company consisted of six different companies without a common business model or culture and had been taken as collateral by a state-owned bank in Sweden.

Glifberg’s first priority was to position Cramo as a leader in developing the rental business into an independent, professional industry and be an attractive partner to major construction companies. The second priority was to “sell” the vision to the organization and get everyone on board. The launch of a new brand in 1995 was a start for the new organization.

Glifberg formed a new management team that included people from other industries and academic backgrounds. The introduction of the Cramo School for all employees was an important tool for the company’s success. The school covered a wide variety of subjects ranging from Cramo’s mission, vision and strategy to basic accounting and presentation techniques plus training in safety regulations and operations.

At the time, equipment rental in Sweden and throughout Europe was far behind other service industries and was generally a side business for manufacturers or construction companies. It was Glifberg’s conviction that the professionalization of the industry required capacity and local presence to serve an international customer base and economies of scale to provide top services at competitive prices. He also was careful not to lose the entrepreneurship that characterizes smaller companies.

The introduction of a separate, outdoor sales organization and active marketing were key elements of a proactive customer relationship. Long-term commitments and outsourcing had a stabilizing effect in Cramo’s relationship to the cyclical construction industry. During Glifberg’s CEO term, the company grew rapidly and reduced its dependence on the construction sector for revenues by introducing its services into the public sector and manufacturing industries.

Under Glifberg’s leadership, Cramo expanded operations into eight European countries. Today, Cramo is one of Europe’s largest equipment rental companies with close to 400 rental depots in 15 countries, each with three to eight employees. The concept and thinking behind the Cramo model has been followed and often explicitly referred to by other major general equipment rental companies in Europe.

The American Rental Association created the Rental Hall of Fame in 2000 to foster an appreciation of the historical development of the rental industry and the leaders who have made the industry what it is today. Each year, nominations are accepted
to recognize individuals who have made a substantial impact on the industry at the national or international level. The induction ceremony is held during the keynote session at The Rental Show.