Despite concerns about gas prices and the upcoming elections, the March 2012 Monthly Confidence Index for the Equipment Finance Industry is at 61.7, up from 59.6 in February 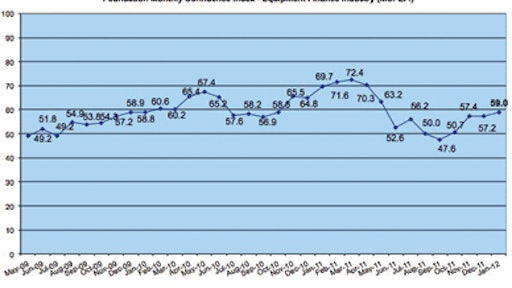 The Equipment Leasing & Finance Foundation (the Foundation) releases the March 2012 Monthly Confidence Index for the Equipment Finance Industry (MCI-EFI) today.  Overall, confidence in the equipment finance market is 61.7, up from the February index of 59.6, indicating industry participants are optimistic despite concerns that external factors, including gas prices and the upcoming elections, may have on the market.