Allmand Bros. Inc. has unveiled plans for a $3,000,000 expansion to its manufacturing facility in Holdrege, NE, featuring a 40,000-square-foot addition to the present building, as well as the acquisition of an additional 17 acres for parking and finished goods storage. 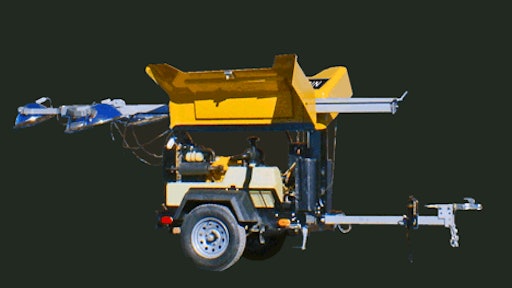 Allmand Bros. Inc. has unveiled plans for a significant expansion to its manufacturing facility in Holdrege, NE. The approximate $3,000,000 expansion will feature a 40,000-square-foot addition to the present building, as well as the acquisition of an additional 17 acres for parking and finished goods storage. Construction is planned to begin within the next two months, and is expected to be fully operational before the end of the year.

Citing increased customer demand for its products and a reliable forecast for this demand to continue, company president Matt Allmand says, “This expansion will allow us to not only increase production but to also hopefully reduce the lead-time for our products from the current 16-17 weeks to a more manageable four weeks or so.” This increased production will also require adding a number of new employees, further adding to the local economy.

The new addition will house an enlarged fabrication area adding a new higher-speed laser cutting machine and a new press brake to the existing laser, press brake, plasma cutter and other fabrication equipment that will also be located in the new area.

An additional advantage is that work that is currently being done by outside metal fabricators can now be brought in-house, allowing greater control over the scheduling and quality of the manufactured components.