The eighth APEX aerial platform exhibition in 2014 will be held in Amsterdam, the Netherlands, June 24-26, 2014, moving away from its long-time home in Maastricht. 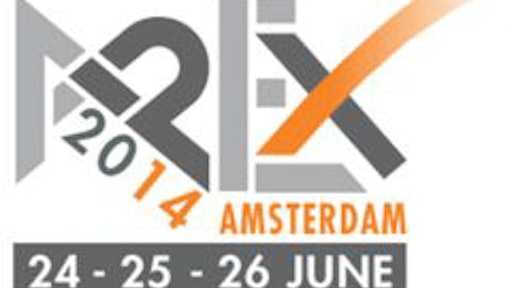 The eighth APEX aerial platform exhibition in 2014 will be held in Amsterdam, the Netherlands, June 24-26, 2014, moving away from its long-time home in Maastricht.

APEX organizers said the switch to the Amsterdam RAI exhibition centre and the new June dates will boost visitor numbers and increase the show’s international appeal.

Amsterdam RAI is the city’s largest showground and one of Europe’s best-known exhibition spaces. As well as being a world class exhibition centre, it will also benefit APEX by offering a larger outside exhibition area than the previous venue in Maastricht.

All previous seven shows – the first was in 1996 – have been held in Maastricht in mid-September. The new June dates mean that the show will be held well before the onset of summer holidays.

Tony Kenter, managing director of APEX organizer Industrial Promotions International (IPI), says the decision to switch venues had been made after consultation with exhibitors and IPAF. “Maastricht served us well as a venue in the past, but it was widely recognized that the change to Amsterdam will make APEX a much more accessible event for visitors throughout Europe and worldwide.

“APEX is already a well-established show," he continues. "This change in venue and timing will boost visitors numbers and enhance an already successful event.”

The International Powered Access Federation (IPAF), the major trade body for the access industry, is the official supporter of the show. Publisher KHL Group and Access International magazine are official sponsors of the event.

Tim Whiteman, managing director of IPAF, welcomes the change in venue and date for APEX. “IPAF is delighted that the growth and success of APEX means that the powered access industry’s specialist exhibition is moving to a larger and more accessible location in Amsterdam," he says. “We look forward to welcoming as many members as possible when the show opens on 24 June, 2014.”

In addition, the switch to June will allow APEX to be held concurrently with the International Rental Exhibition (IRE) and the European Rental Association (ERA) annual convention, which will also take place at Amsterdam RAI.

APEX and IRE will be held in adjoining halls at the exhibition centre, with visitors to APEX having free access to IRE, and vice versa. APEX will benefit from increased visitors numbers from both the ERA convention and IRE, which attract many of Europe’s biggest rental companies.