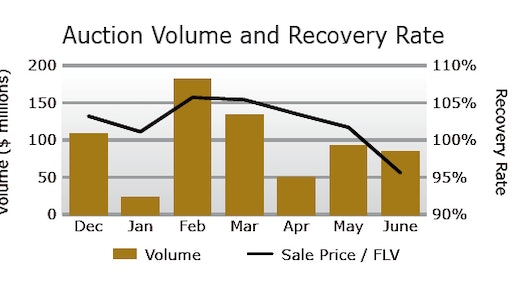 Rouse recorded 3,453 units that sold at 40 separate auction sales conducted across North America. The units represented a combined FLV (as of May 31) of $88.5 million and generated $84.6 million of gross auction proceeds.