Leonard Hawk, 91, one of the founders and the first president of the American Rental Association (ARA), died May 6, 2015, in Moline, IL. 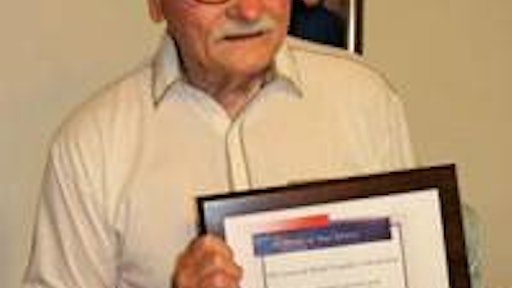 Leonard Hawk, 91, one of the founders and the first president of the American Rental Association (ARA), died May 6, 2015, in Moline, IL.

Hawk opened United Rent-Alls franchises in Moline and Rock Island, IL, in 1954, after working as a Yellow Pages advertising salesman. In a 2005 interview for the “50 Years of Progress” book outlining the 50-year history of ARA, Hawk said his business was a success almost immediately, but that he didn’t like the contract fee and how equipment had to be purchased as a franchise.

While others, such as Howard Burnett in Salt Lake City, thought United Rent-Alls should do more for its franchisees, it was Hawk and his group that invited franchise operators within a 500-mile radius of Moline, as well as Burnett, to meet on March 6, 1955, at Hawk’s two stores. Those meetings led to the creation of the National Rental Operators Mutual Association with Hawk elected temporary president. In September 1955, the group was renamed the American Associated Rental Operators and eventually became ARA. Hawk served as president from 1956-1958.

“Leonard was a good friend who openly shared with me the facts and stories of the creation and formative years of ARA. I can’t tell you how valuable and special our conversations were to ARA and to me personally,” says Christine Wehrman, ARA executive vice president and CEO. “Leonard was the organizer and communicator of that original group of 21 that had the vision to create this association, hire Ziggy Siegfried and build the framework of ARA. We shared great conversations that will always be remembered and ARA is forever grateful to Leonard for his leadership among his peers. ARA staff members interfaced with Leonard often and were able to record these important points of the association history. The ARA is truly fortunate to have shared these experiences first hand with Leonard, who remembered and treasured this history along with us.”

Since 2001, when Hawk was named to the Rental Hall of Fame, ARA embraced its first president and he played a major role in many of ARA’s 50th anniversary celebrations in 2005 and 2006.

“In 2001, when they named me to the Rental Hall of Fame, that’s the first time I realized anybody knew I was still alive,” Hawk recalled in 2006. “My first 20 years were very active, but as I phased out of involvement in the association — there was a period of 20 years where I hardly heard a word from anybody.”

At The Rental Show 2006 in Orlando, FL, where he addressed the keynote session, Hawk said he was amazed by the size of the event and the evolution of the association. He especially enjoyed visiting the John Deere exhibit, which was made to look like a 1950s-style drive-in, partially because his father had worked for the company while Hawk was growing up in Moline.

“They were selling big units. I remember when I was still ARA president and we had the show in Kansas City in 1959. The Kansas City group and some local people hauled a tractor into the show from International Harvester. That was the first big equipment on display. If we hadn’t started to get manufacturers involved, I’m not sure things would have taken off for ARA in the same way,” Hawk said.

Perhaps one of the most often-asked questions he heard as recently as last fall from Rental Management staff members as ARA began preparing for the 60th Anniversary, was whether he expected ARA to become what it is today — one of the world’s strongest trade associations and the organizer of the world’s largest convention and trade show for the equipment rental industry.

“I could see the organization was growing after the first 10 years. I knew it would be a winner and that somebody could take it and go. Chris [Wehrman] has taken it and gone.”

Hawk appreciated the honor. “When I formed the Club of 21, I wanted this growth to occur for ARA,” he said at the time, referring to his original call to rental business owners in 1955 that led to the formation of ARA. “I appreciate that the scholarship will live on longer than I will.”

Hawk’s wife, Marilyn, died in 2008, just a few months before the couple would have celebrated their 65th anniversary. He is survived by two sons, Mark (Nancy) Hawk and Paul Hawk; and two grandsons David Hawk and Parker Hawk. Services are pending.

On top of proper training, aerial lift manufacturers have taken extra steps to promote safe practices and initiatives, while also working to make their equipment safer for jobsites.
Alexis Brumm
March 21, 2021
Follow Us