The Gorman-Rupp Company announces that Wayne L. Knabel, executive vice president and chief financial officer, has informed the company of his decision to retire from the company effective March 31, 2017. 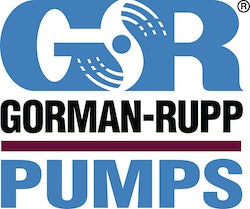 The Gorman-Rupp Company announces that effective July 18, 2016, in coordination with Knabel’s retirement plan described above, James Kerr will join the company as vice president of finance, and that effective January 1, 2017, the company plans to appoint Kerr as chief financial officer, an executive officer position. Prior to joining the company, Kerr, age 54, most recently served as executive vice president and chief financial officer of Jo-Ann Stores Inc., a formerly publicly held retail chain of residential consumer products in excess of $2 billion. Kerr was with Jo-Ann Stores Inc. for the last 17 years where he previously held the position of vice president and controller until 2006. In 2011, Jo-Ann Stores Inc. was acquired by an investment firm, Leonard Green & Partners. Kerr also served from August 2014 to March 2015 as interim chief executive officer in addition to his chief financial officer position.