Alert Management Systems was purchased by two of its senior managers, who are also long-time board members. Effective Sept. 7, Mary Crosslin and Kara Lawrence will serve as co-presidents (COO and CEO, respectively) and are equal owners. 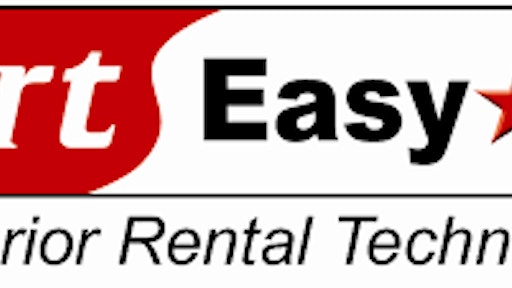 Alert Management Systems was purchased by two of its senior managers, who are also long-time board members. Effective Sept. 7, Mary Crosslin and Kara Lawrence will serve as co-presidents (COO and CEO, respectively) and are equal owners.

Tom Ross, former chairman/CEO, says, “Rob Ross (former president) and I are delighted to pass the reigns to our very capable successors, who will be able to maintain our commitments to our customers and to the industry with the highest level of integrity and competence.”

The Ross brothers will retire from the rental software industry, although Tom Ross will retain an advisory position on the Alert Board of Directors for an undisclosed period.

Lawrence, a native of Tulsa, OK, earned a degree in accounting from Oklahoma State University in 1996. She began her work with Alert Management Systems as a senior accountant in 2008, and has since been promoted to controller, then CFO. As a Certified Management Accountant, Lawrence holds a position on the board of the Pikes Peak Institute of Management Accountants and is actively involved in advancing the profession. She is married to Lt Col Joseph Lawrence, USAF, and has two sons. In between her professional roles and family time, she enjoys traveling and has run three marathons.

Crosslin is a Stetson University graduate who started her career in the security software industry, where she gained experience in sales, project management and corporate training. Her desire to get out of a corporation of 4,000-plus employees and into a smaller company brought her to the Alert team in 1998. She led the consolidation of the company’s software support and installation teams in 1999, and joined the Board of Directors in 2005. So far, her career with Alert has taken her all over North America, to Australia, Hawaii and the Caribbean. Crosslin considers the opportunity to see rental store operations in some of the most beautiful and interesting places on Earth as one of the biggest perks of the job. In her off-time, she can be found hiking with her labs, skiing with husband Rick, starting home improvement projects as an excuse to buy more power tools, or using her frequent flier miles to travel for fun.

“The company is on a very positive sales and financial trajectory," says Lawrence. "Two new software support technicians have been added in the past month. We will continue to retain all other personnel and hope to add more in coming months.”