The American Rental Association has once again downgraded its projections for industry growth over the next five years, now predicting industry revenue to increase by 4.3 percent in 2016 to reach $47.3 billion. 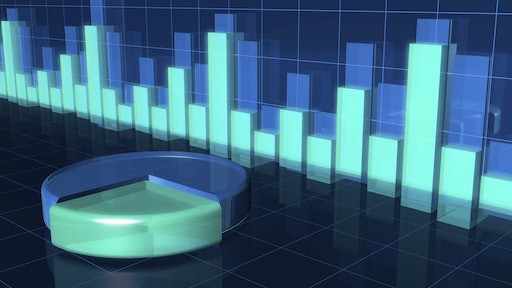 The American Rental Association has once again downgraded its projections for industry growth over the next five years, now predicting industry revenue to increase by 4.3 percent in 2016 to reach $47.3 billion, still a record number. While the outlook remains positive, the latest forecast is in contrast to predictions made in August for 4.9-percent growth this year, which was down from the forecast for 6.6-percent growth made in February. Experts say growth is cooling off somewhat due to several factors including political uncertainty, both domestically and abroad.

In 2017, the industry is expected to grow another 3.4 percent to reach $49.0 billion. This compares to August projections for a 4.6-percent increase in 2017 to realize $49.8 billion in industry revenue.

Since its initial forecast for 2016 was released in February, predictions for growth have been inching back with each subsequent quarterly projection. In the spring, the American Rental Association announced its prediction for 5.6-percent growth in 2016 and 4.9-percent growth for 2017. That was down from its prediction in February for a 6.6-percent increase, and from the previous year's forecast that was closer to 8-percent compounded annual growth. Still, the industry remains poised for continued expansion, and the ARA is currently predicting equipment rental revenue will reach $55.5 billion in the United States by 2020.

Several economic factors point toward more modest increases over the next five years.

“While we are forecasting a gradual slowing in the growth of rental revenues in this quarterly update compared to our last quarter, we are still showing rental revenue growth in excess of the growth in the U.S. gross domestic product (GDP),” says John McClelland, ARA’s vice president for government affairs and chief economist.

“Our outlook for the equipment rental industry continues to be positive and our scenario analysis suggests that if a mild recession were to hit the U.S in 2017 — of which there is a 20-percent chance — there would not be a significant impact on the equipment rental industry because the likely cause of such a recession would be a weakening in economic activity in Europe,” McClelland says.

The results of the U.S. elections could have an impact, but economic forecasting firm IHS Markit expects that no matter the outcome, the most likely result will be in the range of the just-released forecast.

“The result is a somewhat slower pace of economic activity, particularly in capital goods intensive markets, such as construction and energy exploration. However, the U.S. economy remains fundamentally solid and some domestic uncertainty will dissipate after the election. The result is a modest reduction in expected rental revenue growth. However, the outlook continues to be one of growth and growth that will outpace the broader economy,” Hazelton says.