Order intake is down, as a result of declining markets and the shortening of our delivery times, allowing our order book to match the deadlines adapted to our customers' needs. 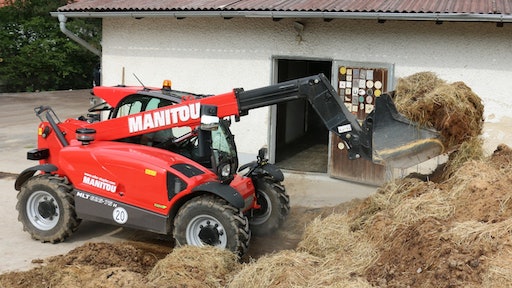 Order intake is down, as a result of declining markets (particularly in the US and Northern Europe) and the shortening of our delivery times, allowing our order book to match the deadlines adapted to our customers' needs.

To date, this evolution does not affect our expectation of revenue growth of around +10% for the full 2019 financial year compared to 2018.

Following the above-mentioned items and a six-week shutdown of our Madison plant due to floods, we expect a lower increase in current operating income in 2019, by 10 to 30 basis points.”

With third quarter sales of €293 million, the Material Handling & Access Division - (MHA) recorded an increase of +6% compared to Q3 2018 and +21% over the first nine months of the year (and +20% at constant exchange rates). The division is continuing to adjust its production capacity to the decline in demand recorded on its markets.

The Compact Equipment Products Division - (CEP) generated revenue of €69 million, a decrease of -7% compared to Q3 2018 and an increase of +10% over nine months (+5% at constant exchange rates). The floods that affected the Madison (SD) plant led to a production shutdown over a period of 6 weeks. Its return to a normal situation will be finalized in the next few days.

With revenues of €74 million, the Services & Solutions Division - (S&S) recorded an increase in its revenue of +9% compared to Q3 2018 and +12% over nine months (+11% at constant exchange rates). The division is continuing its development work on spare parts and attachments activities, while accelerating its growth in service activities.