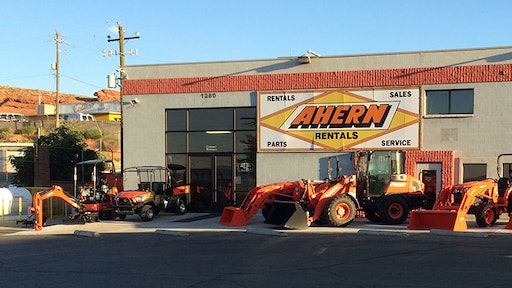 Ahern owns U.S. Patent No. 9,193,330, titled ‘Method and a System for Controlling and Monitoring Operation of a Device’ and owned by Ahern since rights were transferred to the company by its inventor, Daniel Abshire. The patent is related to a system for sending authorization codes to the equipment and preventing renters from using it outside of the rental period by locking them out if they don’t have a code. The pre-programmed authorization code goes into effect at the start of the rental period and expires at the end, after which the equipment no longer responds to attempts at operation. The technology also permits remote lockdown of the equipment if any attempt is detected to disable the authorization code.

Ahern’s complaint seeks damages as well as an injunction against EquipmentShare’s further exploitation of technology based on Ahern’s patent. The lawsuit asserts that EquipmentShare has waged a four-year campaign of misinformation, trade-secret theft, and employee poaching against Ahern.

Ahern’s complaint alleges that around 2016, a pair of EquipmentShare executives, who had previously known and done business with Abshire and were aware of the patent, proposed a meeting between the inventor and EquipmentShare co-founder, Jabbock Schlacks. Ahern’s lawsuit contends that a fix to EquipmentShare’s own tracking system was accomplished with information gleaned from the meeting with Abshire, which infringes on his patent.