The Global Walking Challenge was just one of the initiatives from their Nudge program, which encourages employees to make healthy choices while working on their mental and physical well-being. 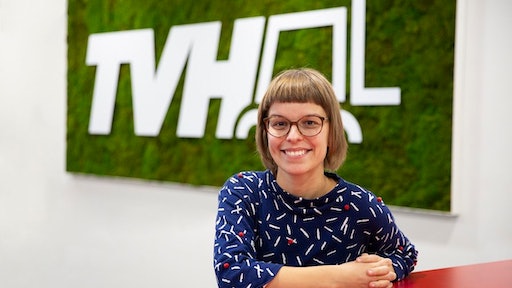 TVH in the Americas (TVH) has concluded its first Global Walking Challenge. Starting April 19 and running through May 16, TVH employees were encouraged to be active. Whether they were walking, running, or doing a workout, all steps were captured on their personal activity trackers.

The Global Walking Challenge was just one of the initiatives from their Nudge program, which encourages employees to make healthy choices while working on their mental and physical well-being.

Lucy DelSarto, health and wellness coach for TVH and director of the Nudge program for TVH in the Americas, was excited about the response the challenge received worldwide. “When I first started with TVH, the Nudge program was five-years-old and doing 12-week walking challenges. I found that many people didn’t participate because of the length of time. So, for the past five years, I have restructured the challenge to be four weeks long, four times a year, and the response has been phenomenal,” she said.

The goal of TVH’s Global Walking Challenge was two-fold. The first was for each employee to achieve an average of 10,000 steps each day. The second was for the employees, as a group, to virtually walk from one TVH location to another, circling around the world.

Niki Mistiaen, employee happiness advisor at TVH and organizer of the Nudge initiatives, said, “We are happy that so many employees participated in this first-ever TVH Global Walking Challenge. In times when colleagues barely see each other physically, common goals encourage connection. The tracking app allowed people to share pictures of their many walks so everyone was able to enjoy images of amazing scenery, luscious forests, and picturesque spots all over the world.”

Steps were tracked per country and individually. The Mexico team achieved the most steps per person per day with an average of 16,636 steps. While the most passionate hiker in the world, Dhanraj Wanve, on the India team achieved a whopping 1,255,055 steps in total. However, the physical goals were not the only thing that incentivized employees to participate in the challenge.

Information provided by TVH in the Americas and edited by Alexis Sheprak.

TVH Partners with Toys for Tots