Over the last decade, the federal commitment to green building has been achieving great strides. 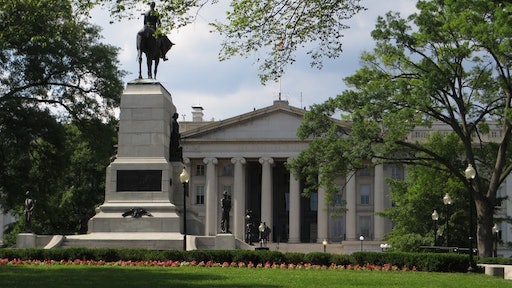 The U.S. Federal Government has consistently been ramping up its green building efforts. This has been part of the overall 'greening' of its policies pertaining to energy and fuels consumption, and its move towards energy independence and greater security.

Between efforts to optimize the way energy is used in its buildings, vehicles and elsewhere, as well as in seeking to broaden the number of alternative energy sources, the government’s green policy has advanced by leaps and bounds. Here's the latest

The Government's Move Towards Sustainability

With the introduction of the Energy Independence and Security Act of 2007, which succeeded the Energy Policy Act of 2005, the U.S. Federal Government sought to further deepen its commitment to environmental sustainability and energy independence.

The act had a number of purposes, spanning from energy independence and security to the production of renewable fuels, the increase of the efficiency of buildings, products, vehicles and the overall energy performance of the Federal Government.

In the area of green building, the Federal Government has consistently been implementing LEED certification standards, as a result of the U.S. General Services Administration's (GSA) endorsement of LEED as their preferred green building rating system.

While there have been voices from different directions arguing against what may seem as favoritism on the side of the government in embracing LEED, the fact remains that, despite some shortcomings, the government has been making progress. Some have even claimed that LEED is too stringent in its constant efforts to review and perfect its rating system, and can be burdensome.

Leaving conflict aside, what has the government to show for its commitment to green building?

All of this is in line with the goals set out in the Energy Independence and Security Act and the ones further specified in president Obama's Executive Order in 2009, which include:

The Government's Green Buildings and Move Towards LEED v4

Furthermore, since 2010 the GSA's minimum requirement for new federal construction has been LEED Gold (previously LEED Silver). This means that more buildings such as the U.S. Treasury’s headquarters or Department of Defense headquarters in Washington or even LEED Platinum ones are underway. In the case of the Treasury's building, for example, this translates into roughly $3.5 million savings for taxpayers per year.

Finally, the GSA has recently also reviewed LEED's v4 rating system and how it aligns with federal green building requirements. This review is part of the Energy Independence and Security Act's requirements and is done every 5 years. Overall there seems to be good alignment between federal requirements and LEED v4, though the report also identified gaps which LEED will have to keep working on.

In order to complete its review, the GSA asked for public input through the Federal Register, which officially ended on March 23. Once the GSA has reviewed the public's comments, it is expected to augment its 2013 recommendation of LEED's green building certification system.

Does it Get Greener?

Whatever the GSA's review of the latest LEED system, one thing is sure - green building (and LEED) is on the rise, and not just for the federal government. Globally, every day, 1.7 million square feet of space is certified using LEED.

And, only in the U.S., the green nonresidential building market is expected to represent a $120-145 billion opportunity for contractors in 2015. The single family housing market is also expected to offer an opportunity between $80 billion to $101 billion this year. And if this trend continues, the 19% of companies in the single family housing market which are currently dedicated to green building (doing at least 90% of their projects green) are expected to double by 2018!

With such strong growth, contractors who are shifting towards green building will have the possibility to acquire more contracts in the coming years both from the federal government as well as from private construction projects. In this climate, it is the bonded contractors with serious surety backing that will prosper and take central stage in the green building market.

Has your company already committed itself to green building? Is green building the future of American construction? Let us know your thoughts.

Infographic: How LEED is Changing the Face of US Construction

Commuting hassles are poised to reemerge as workers return to the office but a new AI-powered study reveals how cities and municipalities can rethink how they handle their infrastructure maintenance projects and get roads in shape faster
RoadBotics
Jul 30th, 2021

Early indicators suggest that these two topics will be at the forefront of the Department of Transportation under President Biden, but they could also be key to making companies more profitable.
Dormie Roberts
Apr 21st, 2021

Along with the extended development of the Giatec SmartMix AI program, the company also plans to planting one tree for every product order shipped worldwide to offset the impact of GHG emissions.
Apr 20th, 2021

As climate change becomes a broader conversation, there will likely be changes across many industries in the coming decades. Companies in the construction industry can do their part now to help make their operations more sustainable
Bob Lester
Apr 19th, 2021

IDTechEx has released a new report which examines the benefits e-fuels can provide over other alternative fuel options.
Sara Jensen
Mar 6th, 2021

A new research center which will develop products for the growing area of powderon wood has been opened by AkzoNobel at its site in Como, Italy.
AkzoNobel
Feb 17th, 2021

Lehigh Hanson has launched EcoCem PLUS at its Edmonton plant in Canada.
Lehigh Hanson
Feb 4th, 2021

HeidelbergCement is starting the further development and scaling-up of the LEILAC technology (Low Emissions Intensity Lime And Cement) together with the Australian technology company Calix and a European consortium.
HeidelbergCement AG
Feb 2nd, 2021

Two examples that illustrate how admixtures can be used to reduce the CO2 footprint of concrete.
GCP Applied Technologies Inc.
Jan 25th, 2021