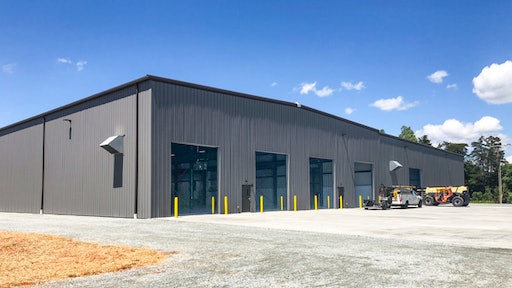 “In 1938, Austin Talbert set out to change the heavy-haul industry,” said Andrew Tanner, president of Talbert Manufacturing. “With the expansion of Liberty Trailers LLC, Talbert Manufacturing is closer than ever to realizing his vision of customer-driven design that meets the ever-changing needs of the hauling industry. We’re able to double our current output, allowing us meet the needs of our Tag-A-Long customers and dealers across the U.S. and Canada so we can continue growing together.” 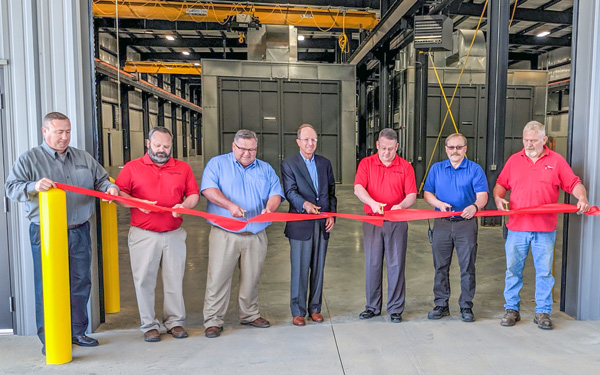 Several Talbert representatives were on hand for the ribbon cutting, including President Andrew Tanner, Co-Owner Russ Stern, Vice President of Sales and Marketing Troy Geisler, Vice President of Operations Jim Hall and Vice President of Purchasing Jamie Myers.The Liberty facility was originally home to Ferree Trailers, which Talbert purchased in 2014. The 60,000-sq.-ft. building was completed in 1999. From there, Ferree served customers in industries including transportation, construction, military, government and special OEM companies, producing a wide array of trailers. With the acquisition, Talbert continued producing select Ferree products and moved production of their Tag-A-Long, Traveling Axle and Hydraulic Tail series trailers from its  Indiana facility to Liberty.

As the OEM grew, so did demand for the trailer series being produced at Liberty. In 2018, Talbert began expansion of the building and staff as part of its overall growth plan.

The opening of the expansion marks the completion of the Liberty Trailer LLC upgrade. In addition to the 58,000-sq.-ft. increase in space, the expansion also houses two state-of-the-art painting booths, overhead cranes and a large finishing area. Equipment and staging areas were designed for optimum flow throughout the manufacturing process, allowing Talbert’s production at Liberty to grow, even past their current goals, while maintaining the high degree of safety, durability and resale value that are the pillars of the Talbert brand.

“When we purchased the facility in 2014, we had 18 employees and a modern facility to allow for the type of growth we needed,” Tanner said. “Today, we have 60 employees at Liberty and are looking to staff well over 100 long-term. Talbert has been able to remain on the cutting edge of heavy-haul innovations for more than 80 years because we understand the value of investing in our people as much as our products. The Liberty expansion is an investment not just in Talbert, but in our dealers and customers.”

Bravo Trailers has added the Brute Trailer, an extra-heavy-duty built trailer for hauling light equipment — ideal for transporting up to 7,500 pounds of equipment and safely storing equipment on location.
Bravo Trailers, LLC
December 8, 2020

CornPro's 10-in. I-beam flatbed can be hooked up with a heavy-duty 4-in.-square jack and 2 5/16-in. coupler to keep everything in place.
CornPro Trailers
April 2, 2020
Follow Us