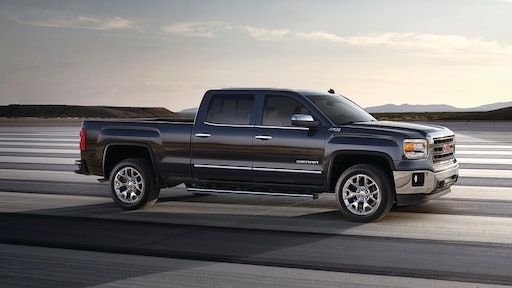 Owners of three-year-old vehicles (2011 model year) report more problems than did owners of three-year-old vehicles last year, according to the J.D. Power 2014 U.S. Vehicle Dependability Study (VDS). The study, now in its 25th year, examines problems experienced during the past 12 months by original owners of 2011 model-year vehicles. Overall dependability is determined by the number of problems experienced per 100 vehicles (PP100), with a lower score reflecting higher quality.

The study finds that overall vehicle dependability averages 133 PP100, a 6 percent increase in problems from 126 PP100 in 2013. This marks the first time since the 1998 study that the average number of problems has increased.

"Until this year, we have seen a continual improvement in vehicle dependability," said David Sargent, vice president of global automotive at J.D. Power. "However, some of the changes that automakers implemented for the 2011 model year have led to a noticeable increase in problems reported."

"Automakers are continually looking for ways to improve fuel economy, which is a primary purchase motivator for many consumers, particularly those buying smaller vehicles," said Sargent. "However, while striving to reduce fuel consumption, automakers must be careful not to compromise quality. Increases in such problems as engine hesitation, rough transmission shifts and lack of power indicate that this is a continuing challenge."

J.D. Power also finds that the fewer problems owners experience with their vehicle, the greater their loyalty to the brand. Combined data from previous years' VDS results and vehicle trade-in data from the Power Information Network (PIN) from J.D. Power show that 56 percent of owners who reported no problems stayed with the same brand when they purchased their next new vehicle. Brand loyalty slipped to just 42 percent among owners who reported three or more problems.

"By combining our customer research with trade-in data, we see a very strong correlation between dependability and real-world brand loyalty," said Sargent. "Also, we see that brands with lower dependability are likely to be shut out of a significant piece of the market, as many consumers will not even consider purchasing one of their vehicles because of concerns about its likely reliability."

Lexus ranks highest in vehicle dependability among all nameplates for a third consecutive year. The gap between Lexus and all other brands is substantial, with Lexus averaging 68 PP100 compared with second-ranked Mercedes-Benz at 104 PP100. Following Mercedes-Benz in the rankings are Cadillac (107), Acura (109) and Buick (112), respectively.

General Motors Company receives eight segment awards - more than any other automaker in 2014 - for the:

MINI receives one model-level award for the MINI Cooper.

The 2014 Vehicle Dependability Study is based on responses from more than 41,000 original owners of 2011 model-year vehicles after three years of ownership. The study was fielded between October and December 2013.

With a unified platform for your machines, you can get the insights you need to make operational improvements that impact the bottom line.
July 7, 2020
Latest
Pickup Trucks & Vans

Tesla is taking orders for its Cybertruck electric pickup truck which is promised for late 2021 or 2022.
December 1, 2019