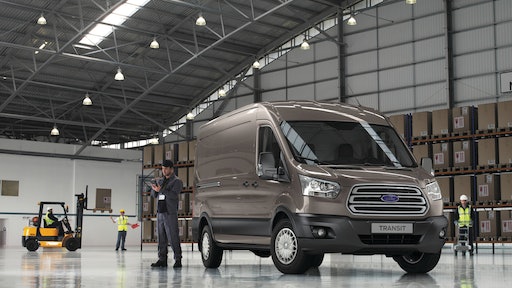 North American buyers will be able to choose the proven 3.5-litre EcoBoost or a diesel engine; the rear-wheel-drive models improve fuel economy at least 25 percent compared to the replaced E-Series vans.

Ford's full-size Transit van – said to be Europe’s best-selling commercial vehicle – will join the company's North American lineup in 2013 at a minimum 25% fuel-economy advantage over Ford's E Series vans. Transit vans for North America will be built at Ford's plant in Kansas City, Mo. The rear-wheel-drive Transit matches the capacity of E-Series vans. Engine options will include the twin-turbocharged 3.5-liter V6 EcoBoost (Ford says the EcoBoost option is chosen for more than 40% of new Ford F150 pickup trucks) and a new diesel option. In addition to the new Transit, certain E-Series bodystyles will continue to be available through most of the decade in North America.