Road Repair and Accountability Act of 2017 would invest $52.4 billion over the next decade to fix roads, freeways and bridges in communities across the state 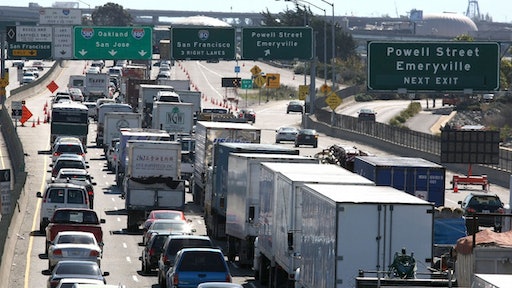 Governor Edmund G. Brown Jr., Senate President pro Tempore Kevin de León and Assembly Speaker Anthony Rendon joined labor, business and local leaders to announce a landmark transportation investment to fix roads, freeways and bridges in communities across California and put more dollars toward transit and safety. The $5 billion-a-year program would cost most drivers less than $10 a month and comes with strict new accountability provisions to ensure funds can only be spent on transportation.

“California has a massive backlog of broken infrastructure that has been neglected far too long,” said Governor Brown. “Fixing the roads will not get cheaper by waiting – or ignoring the problem. This is a smart plan that will improve the quality of life in California.”

“We can’t afford to keep kicking the can down the road. Californians are tired of the constant traffic jams and crumbling roads, and they expect us to find solutions,” said Senate President pro Tempore de León. “These critical investments will keep our state moving and economy growing. I look forward to getting this deal through the Legislature and onto the Governor’s desk next week.”

“We have a solution before us and we have a choice before us,” said Assembly Speaker Rendon. “We can choose to do nothing, and see more deterioration, more time lost in traffic, and more damage to cars, or we can choose to advance this compromise solution that fixes California’s broken transportation system in a way where drivers will actually end up paying less for a better quality of life.”

California has not increased the gas tax in 23 years. Since then, California’s population has grown by eight million, with millions more cars and trucks on our roads. Californians also drive more than 350 billion miles a year – more than any other state – yet road and transit investments have not kept pace with this growth.

Each California driver spends approximately $700 per year in extra vehicle repairs caused by rough roads. If California does not make investments to fix the roads now, it is estimated it will cost eight times more to replace later.

The legislation, the Road Repair and Accountability Act of 2017, SB 1 (Beall), would invest $52.4 billion over the next decade split equally between state and local investments:

The transportation investment package is funded by everyone who uses California roads and highways:

Leadership in both the Senate and the Assembly expect the measure to be voted on by Thursday, April 6, 2017.