New municipal infrastructure deals are down 19.4% this year through July, compared with the same period last year, as the Trump administration fails to provide details on the $1 trillion in infrastructure investments it promised 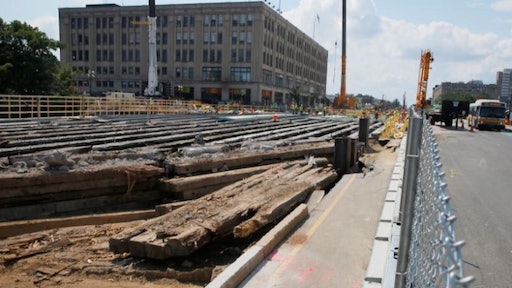 President Donald Trump arrived in office having promised a bold $1 trillion infrastructure investment plan over 10 years for roads, bridges, airports and transit systems crumbling by the day across the United States.

But nearly seven months later the administration has produced few details on the future of federal infrastructure funding, one reason why state and municipal governments have issued fewer bonds to improve roads, water systems and other projects so far in 2017.

Through July, new municipal deals to fund transportation, utilities and power projects totaled $50.7 billion, down 19.4 percent from the same period last year, according to an analysis of Thomson Reuters data.

That decline outpaces a broader drop in the U.S. municipal bond market overall, with total issuance down 13.1 percent thus far in 2017 to $201.7 billion.

Since then, the lower issuance has been driven by plummeting refunding volumes. Such refinancings dominated last year's higher issuance levels, but the states and cities that sell such bonds were put off by the overall rise in rates.

"I think people started to realize that the agenda within the Trump administration wasn't going to accelerate as quickly as had been advertised," said Randy Gerardes, director of municipal securities research at Wells Fargo in New York.

That is discouraging news for commuters, travelers and the transportation industry that must contend with yawning gap of new projects and maintenance across the country. The American Society of Civil Engineers this year assigned a D+ grade to U.S. infrastructure.

The Trump administration has announced a 10-year $1 trillion infrastructure plan financed through $200 billion in government funding, underpinned by private investment.

How a family chore of sealcoating a driveway turned into a passion for the ground and a pavement maintenance business.
Dormie Roberts
Jessica Lombardo
May 27, 2021
Follow Us