"If you’re gonna throw a trillion dollars into infrastructure, it kinda presupposes the idea that you’ve got a trained workforce standing by to do those jobs and we don't. That to me, is the most interesting disconnect in the whole dialogue," Rowe said. 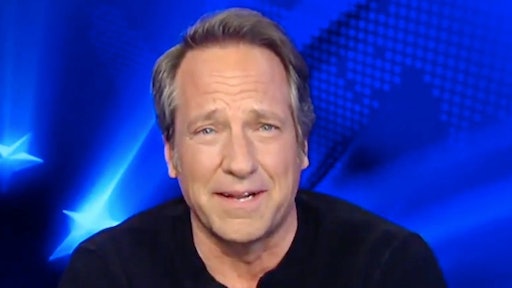 Mike Rowe spoke to Chuck Todd on Meet the Press Monday about the state of hard work in the United States, and the problems that President Trump would have implementing a trillion dollar infrastructure plan.

“I thought we were gonna have a big infrastructure bill already passed, and we would see an attempt to put some folks back to work,” Todd asked. “Are you disappointed we’re not there yet?”

“Yeah, I think I am, a little bit,” Rowe responded, “but I’m not shocked because the thing I noticed about the last administration that actually does have something in common with this one is a kind of, there’s a tendency to talk about job creation as if there’s a giant trained workforce standing by, waiting to fill jobs that get created.”

“I wrote to the last president modestly, right after his inauguration,” he said, “not long after my foundation started just to say, ‘look the idea that 3 million shovel ready jobs are going to be created sounds great, but from what I’ve seen our country does have a bit of a dysfunctional relationship with regard to the shovel.

“Today I’m still saying the same thing,” Rowe explained, “you know if you’re gonna throw a trillion dollars into infrastructure, it kinda presupposes the idea that you’ve got a trained workforce standing by to do those jobs and we don't. And that to me, is the most interesting disconnect in the whole dialogue.”

Later he explained the “lopsided” workforce that has been created by the wrong incentives on college education set by society. “6.2 million jobs are available as you and I speak,” Rowe continued, “the vast majority of them do not require a four year degree. So why are we still talking as if the best path for the most people is the most expensive path, it just doesn’t add up.”