While watching an episode of MasterChef, researcher Dr Alvaro Garcia realized that sunflower oil could reverse the effects of aging in bitumen used in asphalt by reducing the viscosity of the binder, increasing the lifespan of the roadway by one-third. 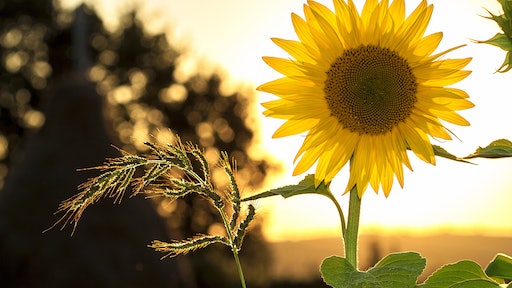 After watching a contestant on the Spanish version of the show use a technique known as spherification (the controlled jellification of a liquid to form spheres), Dr Alvaro Garcia, from the Nottingham Transportation Engineering Centre (NTEC), began exploring how the addition of microcapsules of oil to asphalt could be used to create self-repairing road surfaces.

The idea is that as cracks appear in the road the capsules break open, releasing the oil within and softening the asphalt around it. This helps the asphalt ‘stick’ back together, effectively filling in cracks and preventing small defects from deteriorating further.

Working with funding from Highways England, Garcia’s team has created and carried laboratory tests on microcapsules filled with sunflower oil.  Commenting on the research Garcia said, ‘Our preliminary results showed that the capsules can resist the mixing and compaction processes without significantly reducing the physical and mechanical properties of asphalt and they also increased its durability. More importantly, we found that the cracked asphalt samples were restored to their full strength, two days after the sunflower oil was released.’

Sunflower oil can reverse the effects of ageing in bitumen used in asphalt by reducing the viscosity of the binder. The microcapsules created by Dr Garcia and his team, help to reduce the amount of other healing agents used because they can be activated in precise areas when required, thus avoiding the need to be mixed up in bulk.

Garcia estimates that the material – which he has named Capheal – could increase a road’s lifespan by at least one-third from 12 to 16 years and costs about the same as other additives that are commonly used in asphalt paving.

He added that is has potential advantages over other road healing technologies, which often rely on additional equipment.  “I previously worked on developing self-healing roads in the Netherlands and Switzerland that featured metal fibres,” said Garcia.  “An induction heater would pass over the surface to melt the bitumen and fill in cracks in the roads, but the problem with that is you need a large machine, which is expensive and requires a road to be closed to traffic.”

The 301NS Silicone Pavement Sealant is a one-part product for sealing joints in concrete and asphalt pavements.
Pecora Corp
May 20, 2021
Follow Us