TRIP: 49 Percent of Major Roads and Highways in New York in Poor or Mediocre Condition

Driving on New York roads that are deteriorated, congested and that lack some desirable safety features costs New York drivers a total of $24.8 billion each year 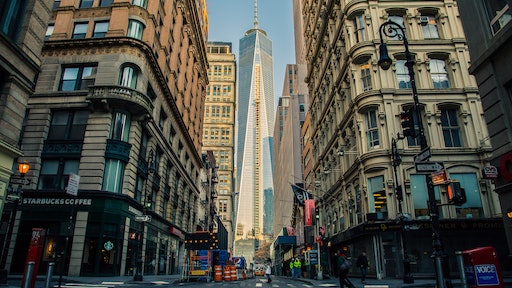 Driving on New York roads that are deteriorated, congested and that lack some desirable safety features costs New York drivers a total of $24.8 billion each year. TRIP has calculated the cost to the average motorist in the state’s largest urban areas in the form of additional vehicle operating costs (VOC) as a result of driving on rough roads, the cost of lost time and wasted fuel due to congestion and the financial cost of traffic crashes.

Due to inadequate state and local funding, 49 percent of major roads and highways in New York are in poor or mediocre condition. Driving on rough roads costs the average New York driver $587 annually in additional vehicle operating costs.

49 percent of major roads and highways in New York are in poor or mediocre condition. Driving on rough roads costs the average New York driver $587 annually in additional vehicle operating costs.A 2017 report by Rebuild New York found that the state faces a $5.5 billion backlog in needed pavement repairs for state-maintained roads and highways. The report also calculated that the state’s annual $325 million paving budget would need to be increased by 60 percent (to $520 million annually) to maintain current pavement conditions, and would need to be more than doubled (to $710 million annually) to improve pavement conditions on state-maintained roads and highways. Pavements on thirty-four percent of the 559-mile New York Thruway system are rated in poor or very poor condition, 28 percent are rated in fair condition and 38 percent are rated in good or excellent condition.

In addition, congested roads choke commuting and commerce and cost New York drivers $13 billion each year in the form of lost time and wasted fuel. In the most congested urban areas, drivers lose up to $1,765 and more than three full days each year in congestion.

Approximately two-thirds (531 of 809) of bridges on the New York Thruway system are more than 60-years-old.