Environment & Public Works Committee unanimously passed a $287B bill, the largest highway spending legislation in history, without addressing how to pay for it 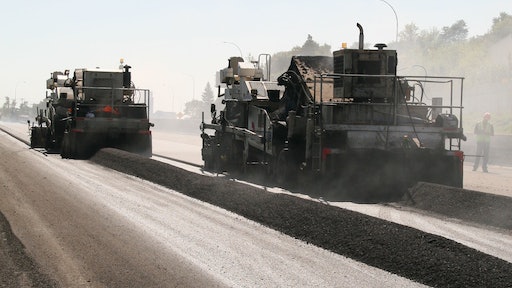 The Senate Environment and Public Works Committee unanimously approved a five-year, $287-billion transportation bill, an eagerly awaited initial piece of what would be a multi-part surface transportation package.

The America’s Transportation Infrastructure Act of 2019, which cleared committee on July 30 with a 21-0 vote, would amount to a 27% increase over current authorized funding, but because the committee’s jurisdiction doesn’t cover revenue, the bill doesn't address where the additional money would come from.

"By investing $287 billion in our road systems, this legislation is the most substantial highway bill in history," John Barrasso (R-WY) and Tom Carper (D-DE) said in a statement. Respectively, they are chairman and ranking member of the Senate Committee on Environment and Public Works. "Ninety percent of that money would automatically go to states, so every community can have its needs met in red states and blue states alike."

Investment in traditional core highway accounts would increase by 17% in FY 2021 over FAST Act reauthorization levels, and $259 billion would be distributed by formula to the states. A substantial boost to freight improvements is also outlined in ATIA, providing $13.93 billion over five years for existing freight formula and discretionary grant programs.

A new discretionary grant program to improve the nation’s bridge conditions would invest $6.53 billion over five years, and funding for the Transportation Infrastructure Finance and Innovation Act (TIFIA) Program would continue at $300 million each year with expanded eligibility for airport and transit-oriented development projects, among other activities.

The measure would codify President Trump’s “One Federal Decision” Executive Order, in an effort to accelerate project delivery by consolidating permitting decisions into one single environmental document set by a federal “lead” agency, with a goal of completing the environmental review process by an average two-year time frame.

What the Washington Post calls the first transportation bill to acknowledge climate change would channel $10 billion to reducing emissions and increasing the resilience of infrastructure so that it will better stand up to the impact of climate change.

“We know that the cars, trucks and vans that we drive have now become our nation’s largest source of global warming pollution,” Carper said. “These emissions accelerate and exacerbate the effect of climate change, contributing to the increasingly extreme weather events that contribute significantly to the degradation of our roadways and our bridges.”

“We have to be able to deal with the realities of more severe weather,” added Sen. Ben Cardin (D-Md.), who said that many consumers prefer electric to gas-powered cars.“This bill recognizes that transportation is the leading source of greenhouse gas emissions.”

Construction and transportation groups, for which a multi-year surface transportation bill is the leading legislative priority, praised the new bill as a solid start to what will be months of debate on the eventual package.

The deadline for lawmakers is more than a year away—Sept. 30, 2020, when the FAST Act lapses.

Paying for the $287 billion reauthorization bill lands in the hands of the Senate Finance Committee, where the challenge is greater than simply coming up with a 27% boost in funding to shore up U.S. roads and transit systems.

“Our nation’s Highway Trust Fund is operating on the brink of bankruptcy,” Carper said. “The last five-year reauthorization bill . . . was largely paid for by a series of largely irresponsible budget gimmicks.”

(more from AASHTO on the transportation bill . . . )