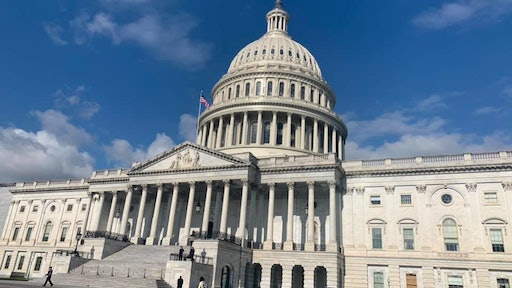 Despite what we've seen on the news, Impeachment isn't the only I word in Washington. Infrastructure legislation is still on the table as the Highway Trust Fund is expected to expire later this year.

House Speaker Nancy Pelosi Jan. 16 announced Democrats will unveil infrastructure legislation when the chamber returns from its Martin Luther King Jr. Day recess the week of Jan. 27. While the legislation unveiled will be the work of multiple committees, House Committee on Transportation & Infrastructure Chairman Peter DeFazio (D-OR) will lead the rollout.

Specifics of the legislation are unclear. However, House Democrats have long sought legislation addressing not only a surface transportation reauthorization bill, but also measures on water resources, energy, broadband, pipeline safety and climate. In addition to the rollout fulfilling a priority for House Democrats, Pelosi also sees it as an opportunity to re-engage with the White House.

“It’s pretty exciting, something we talked about during the campaign and something the president talked about as a priority during the campaign,” Pelosi said during her weekly press conference. “We thought we would be able to move in a positive way on this, so far they have not come on board.  However, we decided now we just have to go forward. We do believe now with the passage of the U.S.-Mexico-Canada agreement that they might be interested in cooperating in other ways.”

Republicans, meanwhile, continue to complain that Democrats have wasted valuable time on impeachment instead of working on major legislation like an infrastructure bill. Sam Graves (R-MO), the top Republican on the House Transportation and Infrastructure Committee, concluded that impeachment was to blame. He sent a letter to Speaker Nancy Pelosi and complained in a statement that Democrats’ “partisan impeachment and anti-Trump agenda is infecting even the most bipartisan work this Congress does.”

Despite the chaos in Washington, there's still reason to hope. When Nixon was being impeached, Congress still passed a major infrastructure bill.