The Invest in America Act will reach the House floor for debate this month, says Majority Leader Steny Hoyer, D-MD. The bill would allocate almost $500 billion for roads, bridges, public transportation and railroads and would improve access to broadband. 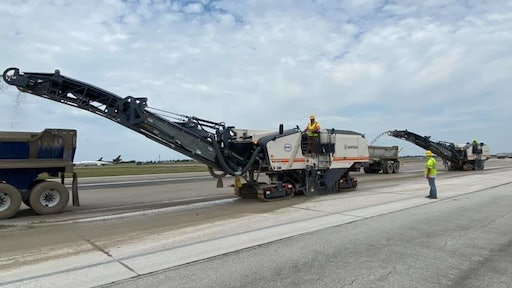 House Democrats will bring a sweeping infrastructure package to the floor by the end of the month, Majority Leader Steny Hoyer (D-MD) said.

The package, authored by Transportation and Infrastructure Chairman Peter DeFazio (D-OR), is part of the Democrats’ response to the coronavirus pandemic and the economic crisis that has followed. DeFazio plans to mark up his bill in the Transportation and Infrastructure Committee on June 17, Hoyer said, and the package will head to the floor for debate and a vote June 30-July 2.

The foundation of DeFazio’s infrastructure package, the Invest in America Act, would authorize nearly $500 billion for roads, bridges, rail and public transit. But it's also expected to include bipartisan elements, like legislation from Majority Whip James Clyburn (D-SC) and Rep. Fred Upton (R-MI) that would improve access to broadband internet in rural and other underserved areas at a time when most American workers and schoolchildren are working or logging onto online classes from home.

The package would translate into millions of jobs across the country, said Rep. Frederica Wilson (D-FL), a member of the Transportation and Infrastructure panel.