Governor Cuomo announces 1,222 tickets already issued by New York State Police in 2020 under "Operation Hardhat," exceeding totals for all of 2019 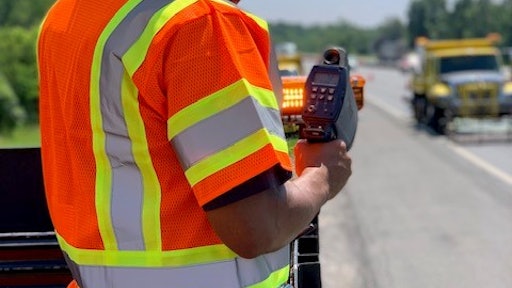 Governor Andrew M. Cuomo announced that the New York State Police have already issued 1,222 tickets during Operation Hardhat, an initiative between State Police, the New York State Department of Transportation and the New York State Thruway Authority, to crack down on work zone violations and highlight the importance of safe driving when encountering construction, maintenance and emergency operations along state highways.

With at least three months left in the construction season, this total already surpasses the 1,048 tickets issued by State Troopers during all of 2019.

"Through Operation Hardhat, we continue to aggressively crack down on work zone violators who put our highway workers in harm's way," Governor Cuomo said.  "Essential transportation projects and ongoing maintenance activities to keep our highways safe are underway across New York State, and for the safety of our highway workers everyone is obligated to follow the speed limit in work zones and eliminate distractions on the road."

Already in 2020, New York State Police have conducted 37 separate details at DOT and Thruway-operated work zones beginning in July that are expected to continue through November. A total of 1,222 tickets have been issued, including:

During this enforcement effort, drivers weren’t always made aware that troopers were present in the work zone, as many of them were dressed in construction safety vests and hard hats. So far, three counties have participated in Operation Hard Hat — issuing over 350 tickets for various infractions including speeding, use of a cell phone while driving and failure to obey the flagger. More counties are expected to extend this type of initiative as well.

Why Aren’t More Officers Being Used?

As Operation Hard Hat proves, drivers tend not to pay attention in work zones when they aren’t aware cops are present. However, those flashing red and blue lights make drivers much more likely to obey the law.

The survey data also indicated that the majority of states use uniformed police officers in at least some work zones where there are particular traffic safety concerns; however, specific policies and procedures vary widely among the states.

Uniformed police officers are most commonly used in work zones with high speed, high traffic volume and where there are lane closures or nighttime operations unprotected by concrete barrier. Only a small number of agencies that responded say they utilize police officers on all highway work zones.

As an example, the Pennsylvania Department of Transportation hires flaggers for a salary that ranges from $15.28 and $18.31 an hour. By comparison, the starting salary for a state trooper is about $29 per hour. Still in 2017, the Pennsylvania Department of Transportation spent $4.9 million to pay state police to provide protection and enforcement at just 81 work zones.

Over 1,000 Tickets Issued During Operation Hardhat Sting in New York