The industry is expecting Congressional leaders to kick the can down the road on a long-term funding plan for our roads and highways. The House is expected to consider legislation this week to avert a government shutdown. 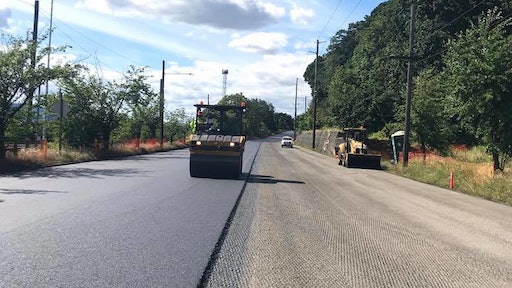 UPDATED 9/21/2020 -- The FAST Act surface transportation authorization and annual spending laws all expire at the end of this month and these Federal highway, bridge and public transportation programs will likely be extended for one year, according to a tentative deal reached Sept. 18 between Congressional leaders and expected to be finalized in the coming days.

House and Senate leaders agreed that very few policy changes would be attached to both the FAST Act extension and the must-pass continuing resolution (CR) that will likely fund other government programs through Dec. 11.

The U.S. House will consider a continuing resolution (CR) to continue funding the federal government once FY 2021 begins on Oct. 1. The Senate is expected to support a CR that funds the government, including the U.S. DOT, through Dec. 18, while there are rumors that House Democrats may prefer a CR through February. The House is expected to add to the CR a one-year extension of the FAST Act funding and taxing authority for surface transportation programs.

The FAST Act extension will provide surface transportation programs with flat funding over the next 12 months and does not account for the erosion of purchasing power caused by inflation–$47.1 billion for highway programs and $12.3 billion for transit programs.

A General Fund transfer will be needed to ensure solvency of the Highway Trust Fund over the duration of the extension. The Senate Environment and Public Works Committee unanimously passed the highway portion of FAST Act replacement legislation in July 2019, but other committees with jurisdiction failed to move forward on their portions of the bill. The House moved a $1.5 trillion infrastructure package July 1 that included its version of a new reauthorization of federal highway and public transit programs.

On Monday, House Democrats unveiled a CR for FY2021 that includes a one-year extension of current surface transportation authorization funding levels. It would authorize the transfer of $10.4 billion to the Highway Trust Fund from the general fund for highways and another $3.2 billion for transit.

Dennis Slater, president of the Association of Equipment Manufacturers said AEM is "encouraged that the Continuing Resolution at least provides the certainty of a one-year extension that our infrastructure network, the U.S. economy, and our industry so desperately need. However, we are disappointed that the stopgap measure did not include critical funding increases to programs, as well as emergency funds for state departments of transportation."

Commitment to America Beyond 2020

In the midst of extension debates, Republicans have announced their “Commitment to America” framework that outlines their legislative plan for rebuilding the American economy through a five-year investment in infrastructure.

“House Republicans understand the importance of a modern infrastructure to every state in America and our economy, which is why the ‘Commitment to America’ includes a five-year surface transportation reauthorization,” said Rep. Sam Graves (R-MO), the ranking member of the House Committee on Transportation and Infrastructure. “This critical long-term bill will be based on the STARTER Act, which Committee Republicans introduced earlier this year once it became clear that a bipartisan surface transportation bill was not in Speaker Pelosi’s plans."

The Starter Act focuses on ensuring state flexibility, streamlining project processes, prioritizing core programs and functions of existing federal surface transportation programs, incorporating innovative development into infrastructure, providing for rural infrastructure needs and addressing long-term sustainability of the Highway Trust Fund. A long-term funding proposal that would ensure the Highway Trust Fund’s solvency has been missing from the leadership on Capitol Hill, as well as the White House. The fund is backed by dwindling revenue from the Clinton-era fuel tax.

“The STARTER Act is a commonsense transportation reauthorization and a stark contrast from the Democrats’ bill that prioritizes their far-left agenda rather than helping restore American’s infrastructure,” said Rep. Rick Crawford (R-AR), ranking member on the house Subcommittee on Railroads, Pipelines, and Hazardous Materials. “Transportation workers need certainty, states need flexibility, and Americans need a Highway Trust Fund that is sustainable. This legislation delivers on these needs and secures the future of our Nation’s transit systems.”