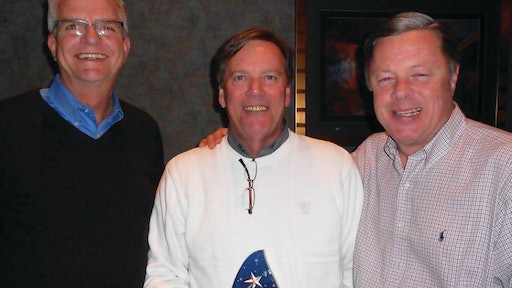 (From left to right): Jeff Elliott, president of Johnson Crushers International, Inc. (KPI-JCI) with Tony Caldwell, regional sales manager for KPI-JCI and Astec Mobile Screens, and Steve Schetky, sales director for the western region for Kolberg-Pioneer, Inc. (KPI-JCI). Caldwell was awarded the top salesperson of the year award in January 2012.

Johnson said Caldwell’s work ethic and dedication to his region and customers earned him the salesperson of the year award for 2011.

Other award recipients honored at the January sales meeting included:

The industry is expecting Congressional leaders to kick the can down the road on a long-term funding plan for our roads and highways. The House is expected to consider legislation this week to avert a government shutdown.
Jessica Lombardo
September 21, 2020

In this Digging Deeper podcast Gearflow offers tips on online marketing for your business.
Gearflow
August 24, 2020
Follow Us