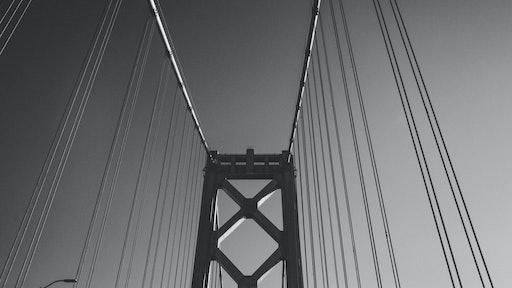 Photo by Giorgio Trovato on Unsplash

Nearly 231,000 U.S. bridges need major repair work or should be replaced, according to an American Road & Transportation Builders Association (ARTBA) analysis of the just released U.S. Department of Transportation’s 2019 National Bridge Inventory (NBI) database. That figure represents 37%, or more than a third, of all U.S. bridges.

If placed end-to-end, the length of these bridges would stretch over 6,300 miles — long enough to make a round trip across the country from New York City to Los Angeles and back again to Chicago. American drivers cross these bridges 1.5 billion times per day – representing one-third of all daily bridge crossings, according to the data.

More than 46,000 of those bridges are “structurally deficient” and in poor condition. They are crossed 178 million times a day. 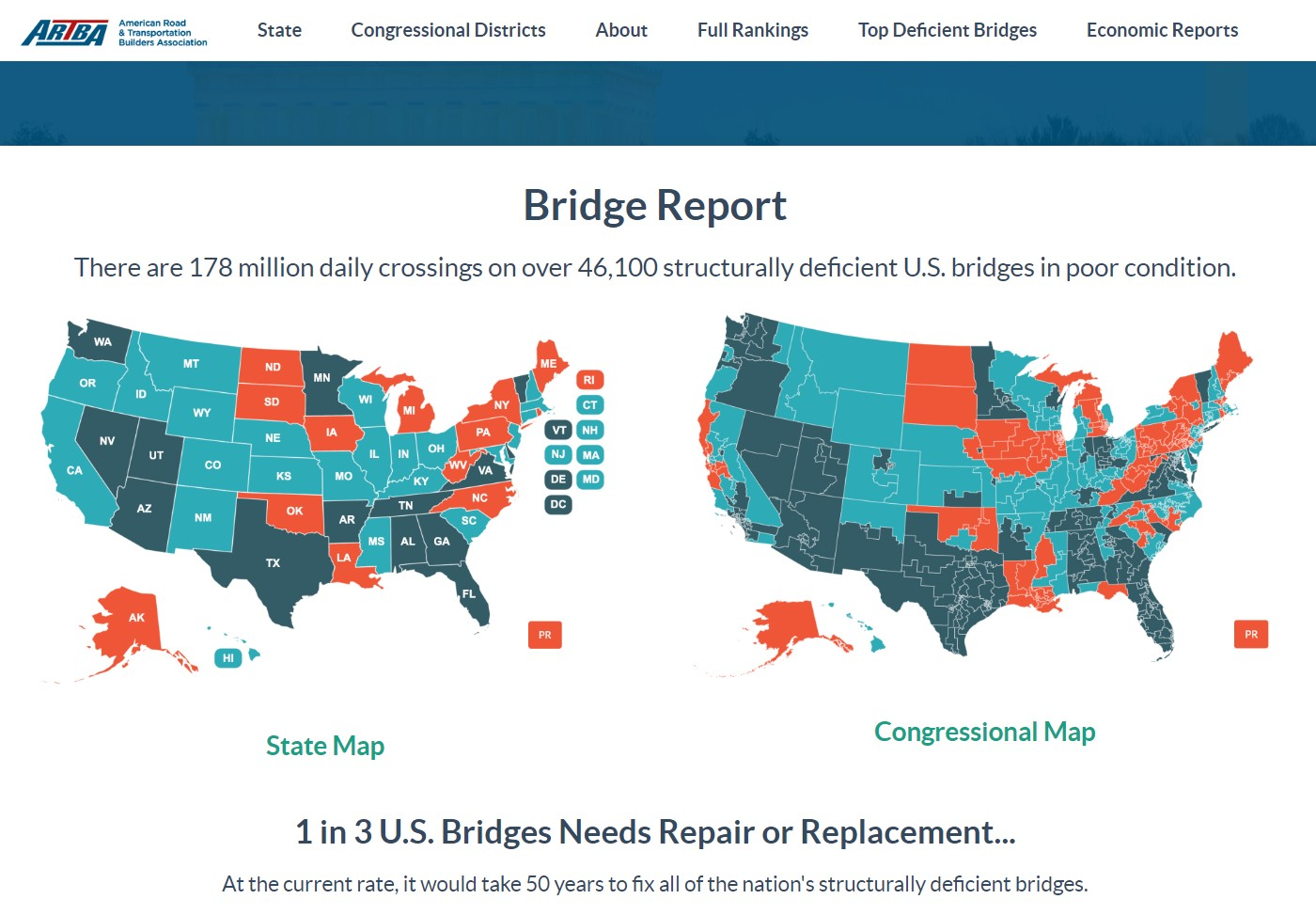 The report comes as Congress and the Trump administration continue working on measures to respond to the impacts of the COVID-19 pandemic. ARTBA says once policy makers shift from a rescue focus to economic recovery, robust transportation infrastructure investments have comprehensive benefits.

Bauer notes the transportation construction industry is not seeking federal assistance, but it should be part of the solution. He says the Senate Environment & Public Works Committee’s July 2019 unanimously approved five-year highway reauthorization bill should be the starting point for discussions.

“The sooner we invest in robust new transportation improvements the sooner the American people will experience the economic benefits,” Bauer says.

ARTBA estimates the cost to make the identified repairs for all 231,000 bridges in the U.S. at nearly $164 billion, based on average cost data published by the Federal Highway Administration (FHWA.)

The number of structurally deficient bridges declined by 900 compared to 2018. “At the current pace, it would take more than 50 years to repair America’s structurally deficient bridges,” Black says. “Our bridge network is underfunded and should be modernized. State and local government just haven’t been given the necessary financial resources to fully address the problem.”

States with the most structurally deficient bridges as a percent of their total bridge inventory, are:

States with the largest actual number of structurally deficient bridges are:

While these bridges may not be imminently unsafe, they need attention. Over 69,500 bridges across the country are “posted for load,” which means there are weight restrictions or other measures in place to reduce stress on the structure.

Over the last five years, Pennsylvania has reduced the number of its structurally deficient bridges by 1,200. Other states with large decreases include Oklahoma (753); Indiana (467); Ohio (412) and Virginia (391). In 12 states, the number of structurally deficient bridges increased over the five years, including West Virginia (plus 472); Illinois (260); Florida (131); Missouri (80) and Montana (77).