Since its launch in 2017, WofA has actively grown from its five founding members to the 1,000 plus it has today 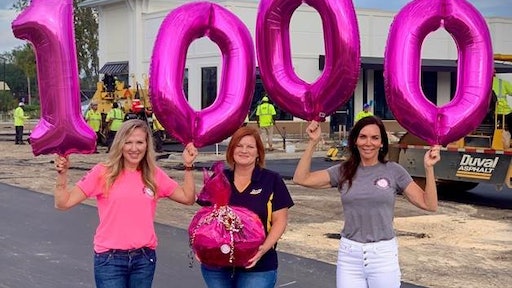 Women of Asphalt (WofA) has welcomed their 1,000th member. On September 16, 2020 Marsha Johnson clicked the “join now” button and earned this noteworthy distinction. Since its launch in 2017, WofA has actively grown from its five founding members to the 1,000 plus it has today. By clicking that button, Marsha joined a group of women and men dedicated to mentoring, educating and advocating for women in the asphalt industry.

Marsha, a project manager for Duval Asphalt in Jacksonville, FL, has been in the industry for thirty years. Starting as a part-time receptionist, her initiative and eagerness to learn about the asphalt industry and to not work all day inside at a desk quickly moved her to estimating and then into the position she currently holds. When asked if it has been difficult to earn the respect of the men she manages, Marsha quickly responded, “If you give them respect, they will give you respect.”

Marsha said she joined WofA to show other women that success is possible in this traditionally male dominated industry. She hopes this recognition will inspire more women to consider a career in asphalt.

To celebrate this momentous event, Amy Miller and Natasha Ozybko, WofA founding members and past and current WofA Board Presidents respectively, surprised Marsha on the jobsite with balloons and a WofA swag basket.

Learn more about the WofA at https://www.womenofasphalt.org/