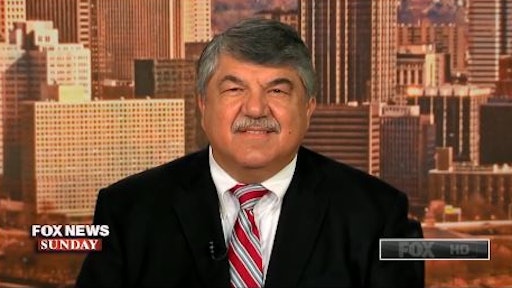 “Unfortunately, to date, the things that he’s done to hurt workers outpace what he’s done to help workers. He hasn’t come up with an infrastructure program that could put a lot of us back to work,” Trumka replied.

Trumka had already questioned how a North American trade agreement to replace NAFTA (“NAFTA has had a devastating effect on the working people of this country for the last 25 years”) that leaves Canada out could work. He also said the deal needs a mechanism for enforcing compliance with the agreement’s conditions within the signatory countries.

Trumka also cited as harmful to American workers tax-code changes that encourage companies to outsource jobs, the lack of an infrastructure plan and the administration’s efforts to overturn regulations, including some that protect the health and safety of workers.

Trump responded on Labor Day with a tweet that attacked Trumka's character, without responding to any of the labor leader’s points: