Economic growth for the region is projected to reach an annual average rate of 5.1% from 2018–2022, much of it driven by infrastructure investment 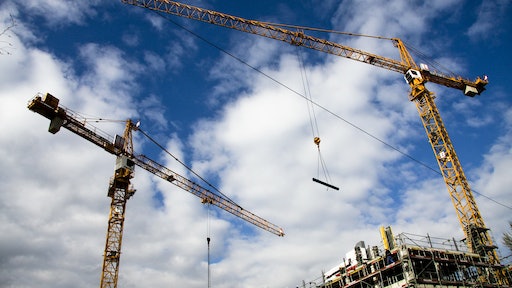 In a recent White Paper prepared by data and analytics company GlobalData for INTERMAT ASEAN 2018 and Concrete Asia 2018, the region’s trade shows for construction, infrastructure and concrete sectors to be held in Bangkok on September 6-8, 2018, it was revealed that construction output in the member states of the Association of South-East Asian Nations (ASEAN) would expand by over 6% yearly on average during 2018–2022.

According to Danny Richards, GlobalData’s Lead Economist for Construction Industry:

“The South-East Asia region continues to develop at a rapid pace, with economic growth projected to reach an annual average rate of 5.1% during 2018–2022, the fastest among all global regions, and an acceleration from the healthy rate of 4.8% recorded in the past five years. Much of this growth is being driven by investment in new infrastructure, while increasing domestic demand is driving the expansion in construction of buildings across the residential and nonresidential sectors.

“Although there are disparities in the pace of growth in construction output among the ASEAN member states, the region’s construction industry as a whole will grow by 6.1% on an annual average basis in the next five years. This is marginally behind the projected growth of 6.5% in the thriving emerging markets in the Middle East and Africa, but the ASEAN region presents investors and developers with a lower level of risk of projects being put on hold or cancelled, according to GlobalData’s Construction Risk Index.

“Reforms to encourage Public Private Partnerships (PPPs) are almost universal across the ASEAN region. The Philippines, Myanmar, Laos and Vietnam have undergone reforms to create more accessible markets for private sector investment in construction through PPPs. Indonesia has undergone similar reforms, expanding the construction sectors eligible for PPPs and increasing incentives to invest. Land ownership is another area that is under reform. Once a notoriously difficult process, acquiring land in Indonesia is now much fairer and more transparent. Vietnam has also implemented an initiative in which foreign investors are allowed to acquire land and hold a majority stake in a commercial or residential project.

“According to GlobalData, the combined value of mega-projects (with a minimum value of US$25M) across ASEAN stands at US$2.9 trillion. This includes all projects from the announcement stage to execution. An analysis of the pipeline by stage reveals that the region provides huge opportunities with respect to a large volume of early stage projects. Just under US$1.5 trillion of projects are currently in the planning and pre-planning stages, suggesting significant construction spend is to occur for some time.”