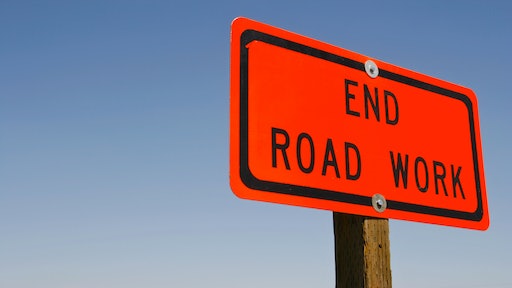 One day after Donald Trump began refusing to work with Congressional Democrats on U.S. infrastructure plans (because he wanted them to pass his NAFTA rebranding), the president staged a dramatic White House ultimatum over yet another issue he considers more important than U.S. infrastructure.

In demanding yesterday to “get these phony investigations over with” before he would work with House Speaker Pelosi and Senate Minority Whip Schumer on one of the only issues that unites Americans, Trump attempted to limit the choice of paths forward to options that support his continuing struggle for political survival.

Each side insisted it wants an infrastructure plan, but a path forward was difficult to see. Shadowing the whole drama are the ongoing congressional investigations of whether Trump obstructed justice or committed other crimes and the demands by some Democrats to begin impeachment proceedings.

White House spokeswoman Sarah Sanders said Thursday on CNN that “it’s insane” to think infrastructure talks can continue as if Democratic House Speaker Nancy Pelosi had not accused Trump of a “cover-up,” as Pelosi did in a press conference on Wednesday, shortly before her White House meeting with Trump.

Pressed on why the president seems unwilling to work on legislation as other presidents under investigation have done, Sanders maintained, “I think the Democrats have shown that they’re not capable of doing anything else.”

In fact, Democrats controlling the House of Representatives since January have passed several bills dealing with issues about which Americans are clearly very concerned, including firearms background checks, prescription drugs and campaign finance reforms. These bills have been dead on arrival in the GOP-controlled Senate.

There is ample precedent of presidents continuing to govern while under investigation.

Infrastructure legislation has become particularly problematic since a minority in Congress gained control of the Republican agenda with an anti-tax campaign jingle. Trump’s 2018 infrastructure musing demonstrated the conflict between the country’s needs and his party's reelection strategy with a seductive ‘$1.5 Trillion plan’ headline over 53 pages that suggested no credible way to pay for it.

Trump issued his latest excuse not to govern as courts dealt his evasion of transparency another major setback. For the second time in two days, a federal judge rejected his refusal to honor congressional subpoenas and ordered him to turn over financial records to House committees.

It wasn’t clear if Trump’s threat not to cooperate with Democrats was merely bluster or signaled death to progress on infrastructure plans or compromises on other legislative issues before the 2020 election.

In January, he previewed Wednesday’s performance by walking out minutes into a White House meeting after issuing a similar ultimatum to Pelosi and Schumer during the partial government shutdown over funding for a southern border wall. The 35-day shutdown ended when the president capitulated.

Trump again prioritized his efforts to evade transparency over America’s need for leadership during his State of the Union address in February, postulating: “If there is going to be peace and legislation, there cannot be war and investigation.”

2020 Transportation Funding Proposal Gives $86.6B to US DOT