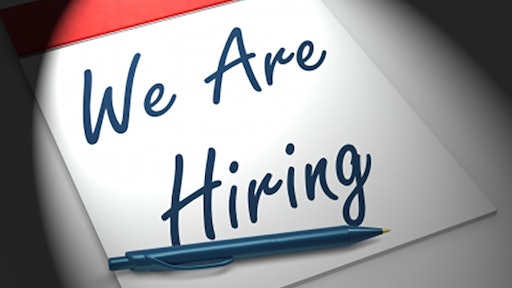 The U.S. jobless rate at a 16-year low multiplies your risks associated with finding and hiring quality people. But tolerating a less-than-polished hiring process is a significant handicap for contractors no matter what employment figures look like.

The cost of a bad hire – one that ends prematurely – is more than 30% of the hire’s salary.

Kathy Cole, president of DK Cole Co., an executive search firm with a specialty division for construction operations and finance management positions, presented a brace of such sobering statistics at the 2017 Construction Financial Management Association Annual Conference. She also offered some great guidelines to improve your ability to compete for top talent.

Cole called the weaknesses she routinely sees in her clients’ employment practices “hiring process risks” because they allow the best job candidates to slip away from talent-constrained construction companies. She broke them down into five risks:

“The primary reason for wrong candidate profiles is hiring bias,” she explains. “I’m not talking necessarily about gender and race. I’m talking about when hiring managers open a job, they sit down and write a job description based on what they think is required for someone to succeed in that role instead of focusing on the performance objectives for that position.”

“We worked with the CEO of a general contractor with about $500M in revenue and they had big plans to grow,” Cole recalls an anecdote that illustrates the challenge. “One of their biggest performance objectives for the CFO position they were trying to fill was to get better reporting accountability from the operations team, create better work-in-progress reporting and analysis, and to have better internal controls. But the CEO kept gravitating toward CFOs with deal-making in their backgrounds. Which is fine and it impressed the board, but it really missed the mark on the day-to-day important aspects of that role. So they did hire a deal maker, and they ended up replacing this individual after about six months.”

She says the real key to a good candidate profile is to come up with the five or six performance objectives would spell success for the person in the position.

“The goal is to find people who have solved similar problems or delivered similar value,” Cole says.