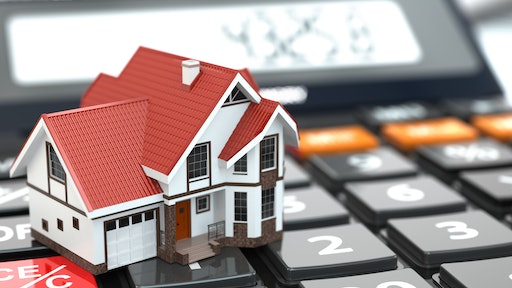 After establishing new standards for revenue recognition in accounting for construction companies, the bottom line is this: The new standards and processes they engender may yield results similar to the old “percentage-of-completion” method.

An entity should recognize revenue to depict the transfer of promised goods or services to customers in an amount that reflects the consideration to which the entity expects to be entitled in exchange for those goods or services.

Changes are designed to yield quantitative and qualitative information about contracts and judgment used with them. “Judgment” is the operative word here. The new standards require more judgment than the old, which can make the jobs of contractor and accountant more difficult, at least until both get used to those standards and the process necessary to meet them.

The road to compliance

1. Identify the contract. A fully enforceable contract, whether written or oral, requires that both parties have rights and approve the overall deal, including payment terms, ability to pay and timing. Without all of those elements, revenue during a project cannot be recognized until the project is complete.

Unilateral termination sections without penalty may nullify actual existence of a contract. So, too, can questions about a customer’s credit, or other ability to pay. Future contracts may take on a new look because of these issues, and customers — and salesmen — need an education in the new standards as they pertain to contracts.

2. Identify the contract’s performance obligations. Essentially, this means the goods and services transferred to the customer. If there is more than one good and/or service involved in the transaction, separate accounting and revenue recognition is necessary for each as though it was governed by a separate contract. That’s true even if they are parts of the same contract.

For example, design and construction are different tasks, and therefore may be two distinct performance obligations, depending on where or not they provide separate deliverables.  Change orders and, often, other contract modifications may also be treated as new contracts, because they can change the value of the agreement. Series contracts are treated as one performance obligation as long as the parts of the series are similar (for example, roofs for multiple apartment buildings). If they are not similar (roofs for various different types of buildings), accounting and revenue recognition is broken into parts reflecting each as a different project.

3. Determine the price. This seems straight forward, except that the contract also can include variable considerations, such as performance bonuses, a financing component and/or non-cash consideration.

That’s part of where judgment becomes involved. The contractor determines the probability — about 75 percent likely — that a bonus will be earned. Absent that probability, recognition is not allowed until the bonus actually is earned.

4. Allocate the transaction price. If there is more than one performance obligation, the share of the total contract price applicable to each should be assigned. That share is usually determined by the price for completion of each obligation as it relates to the price of the entire project. Sometimes this isn’t easy to determine accurately, so again judgment should be used to estimate the obligation’s price.

5. Recognize revenue as “over time” or “point in time.” “Over time” is recognized as measurable progress on the project through the output (units of production) or input (cost-to-cost) method. Either is permissible under the new standard.

Any one of three criteria are involved:

If any one of the three criteria is met, the revenue is over-time and cannot be point in time.

“Point-in-time” can be spelled out in the contract to represent that the contractor has accomplished a distinct part of the project, i.e. met a benchmark. It also can be claimed when a customer has assumed legal title, or physical possession, or risks and rewards of ownership of the asset.

What it means to contractors

The new standards for nonpublic companies went into being for years beginning January 1, 2019 for calendar year financial statements or fiscal year 2020 for fiscal year statements.  Timing of new standards adoption is unfortunate, but FASB could not have foreseen passage of the Tax Cuts and Jobs Act of 2017 when the standards were introduced.

Concurrent accounting demands of the federal tax bill, which include such things as limited deductions on materials and pass-through deductions on income; and of ASU 2014-09 revenue recognition standards are likely to stress contractors’ bookkeeping systems and personnel without help from accountants or consultants well versed in both requirements.

Even companies that do not have accounting changes will need to generate additional disclosures. Remember, too, that the IRS has not made any changes relating to the revenue recognition standards, which could mean differences in bookkeeping for both and the differences in meeting their requirements are going to be stressful for at least the near future. Also, it’s apparent that the early years of adoption could generate changes in the FASB standards to cope with new ways of doing business.

The same is true of the Tax Cuts and Jobs Act of 2017. Congress and the IRS are already eyeing remedies for glitches revealed in its implementation.

Accounting systems need to be updated to track costs and generate information that satisfies requirements of both the IRS and financial reporting that creditors and surety companies require. For example, more footnotes on financial statements may be necessary to compare changes used in meeting the new standards.

Also, an inventory of contracts that span the old and new standards must be done to see if changes are needed. Systems for providing information to those whose judgment impacts revenue recognition for both budgeting and accounting purposes should be established.

Accountants/consultants who understand the construction business and can bridge the gap between years-long revenue recognition in financial reports and the demands of the new standards are keys to dealing with builders’ concerns.

The consultants also understand the new tax bill and how it dovetails – and how it doesn’t – in accounting and reporting demands.

Paying those consultants is an investment, rather than a cost, for many builders. Getting both elements right in the first year, and keeping up with changes in both taxes and revenue recognition standards is important to a business’ future.

Whether or not the bottom line of revenue recognition remains the same, the road to it has changed and so has traveling it. Finding a guide should not be difficult, but it is necessary for dealing with the new intersections on the tax compliance road ahead.

Alan Stein is a Principal, Audit and Accounting Services at Gorfine, Schiller & Gardyn. He has more than 10 years of public accounting experience. He manages audits, review and agreed upon procedures and engages with clients in a wide variety of industries, including the commercial construction arena.