The Art of Delivering and Receiving Bad News 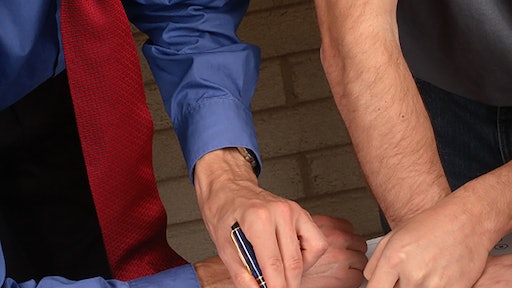 Work to make sure that your people spend little time wondering whether or not to bring you any information that is less than favorable. The longer the bad news takes to be addressed, the overall cost of doing things right the first time might actually be greater than three times.

Employees load up the equipment and realize that a backhoe is leaking oil but don’t say anything about it to their foreman. A concrete superintendent, on a big job, realizes that a fourth floor parking deck is slightly out of tolerance from the print but keeps his mouth shut because the general superintendent has been hammering the entire project team for being behind schedule. An electrician, having been forced to oversee and coach a younger electrician “wanna be” lets the youngster make a mistake, thinking that now the owner will see just how dumb the “kid” is.

Such experiences are real to construction. We are under the gun of time. Speed, as I addressed in previous articles is very much the new normal in the 21st Century.

The “bad” news in each of the examples above is bad enough, but leaving the reporting of such bad news to later in the process can often penalize the contractor from making a profit and satisfying the customer. As an old adage goes: There is only one thing worse than bad news, and that’s bad news late!

I’m not sure who is credited with this little dilly but there is great truth in the sentiment. It is truly better to receive bad news sooner but, sadly, few people really practice this in daily work.

If you think this article is about how to encourage more people to be more negative in your business, you’re grossly mistaken. Rather, for many contractors, having your employees — especially those who are direct reports — provide you with timely information, no matter whether it is positive or negative, can go a long way toward building a productive and profitable business.

But why do so many people still have a tendency to withhold negative or disappointing information? Let’s first consider a few reasons that prevent workers from sharing bad news sooner. Then we’ll address some great techniques to promote more feedback.

Why might my workers withhold bad news from me?

No matter the reason, as a leader in your organization you want the type of work culture that promotes everyone being honest and focused on success. That focus should include the encouraging, educating, and supporting of workers to provide accurate and timely information, realizing that such an effort best positions leaders to make changes or adjustments when needed.

OK then, how do contractors create such a culture where employees feel secure enough to communicate the actual facts, no matter whether the “real story” is good or not so good? Let’s look at five techniques I’ve learned from a few great contractors that might also help you. I call the five techniques the “Art of Delivering Bad News.”

1. Educate everyone on importance of “just-in-time” updates

Great contractors educate everyone in the project chain, both those directly involved with the construction process and those who are more passive in their supporting role. You must make this a consistent reminder throughout the year at meetings and, when needed, on an individual basis. Sort of like being that annoying chime that goes off in your vehicle when you haven’t buckled your car seat in a timely manner. (I hate it when it does that!)

2. Train all of your leaders on how to receive bad news

The first time I ran across this effort I thought the contractor was joking. He wasn’t; and I saw the positive results of his effort. This contractor got information quickly and clearly. It wasn’t always positive, but positive or not it was received, recorded and addressed.

Don’t blow by this technique too quickly because it’s more important than you think. Too many construction leaders become facial “contortionists” when receiving bad news, and that contortion can be accompanied by an increase in temperature as the leader’s “hot button” is pushed. This is then vented at times with a plethora of “R- to X- rated” words, making the messenger of the news sorry for having ever brought it to their leader’s attention.

No, you’re much better off if you will train your leaders, especially those with a short fuse, on how to receive bad news with almost a bored banker’s face.

If you remember the old, and maybe original cop television show, Dragnet, you might remember its star, Joe Friday, who often prevented witnesses to a crime from elaborating on what they saw, considering what the motive might have been. To a degree, we too need to train all of our workers and leaders how to assess the situation or result.

Teaching your people how to simply report what actually happened — and only what happened — can take a lot of emotional strain. Save the “cause and effect” discussion for later; now, just get the story straight without any emotional or theoretical reasons included.

4. Recognize or reward those who bring bad news

If we consider that most of our workers are great people who don’t want to contribute to any negativity, we need to demonstrate our appreciation when such people bring us bad news. In fact, if you find that having received bad news has saved you or the project money, time or more pain, then make that known to the messenger.

5. Publish the costs associated with the bad news “ROI”

Years ago I worked with a contractor who actually produced a financial chart that displayed what bad news communicated soon had allowed the company to save in terms of greater financial loss, project time, even customer satisfaction. While all of the “return on investment” was not quantifiable it certainly was shared if a customer appreciated learning sooner about a construction problem that enabled us to save them millions of dollars had the problem been reported later.

If your employees see that you turn bad news into creative solution-oriented exercises, often involving those who brought the bad news, you might help stem the tendency to stay away from sharing bad news. Most employees want to do the right thing…the first time. However, as we know, construction is often less a science and more of an art. Thus, it pays to be ready and prepared to solicit information.

When that construction intel is not so good, kick in the problem-solving effort. Whenever possible, include the messengers with the solution process. You’ll quickly begin to rebuild the culture of your construction company to welcome news, good or bad. And you’ll demonstrate that you are more focused on getting the best results rather than punishing those who might have either contributed to the problem or simply brought the bad news forward!

In a past article I shared the formula for the “Cost of Quality.” If you’ll recall, correcting a mistake can be as much as three times the original amount of doing things right the first time. I would add to our discussion today that the longer the bad news takes to be addressed that the overall cost of doing things right the first time might actually be greater than three times.

It’s hard to imagine a contractor walking around his or her jobsites asking every employee, “Do you have any bad news to report to me?” Yet, in your daily and routine interactions make it a point to ask some of the following questions. (Spread the questions around; don’t hammer your workers with all of them during one conversation.)

While you don’t have to be a “glutton for bad news” you do need to work to make sure that your people spend little time wondering whether or not to bring you any information that is less than favorable. In fact, I would advise that if you haven’t heard anything “bad” lately then you had better go out on an intelligence mission. You and I know that there are bound to be some cracks in our armor that we need to fill or repair completely.

Move today on communicating the six techniques with your leaders. Review where you think your company is today in regards of having bad news brought to your attention. Because delivering bad news is like an art, be quick to brush on the many colors of opportunity to bring such news to you. It might just save you a lot of time, money and some embarrassing moments with customers.

10 Ways to Improve the Professionalism of Your Construction Leadership