Keep Track of Your Fleet... Or Else

Rental business owners should be alert and aware of new regulations in the equipment industry in order to provide customers with products that meet the new legal requirements. 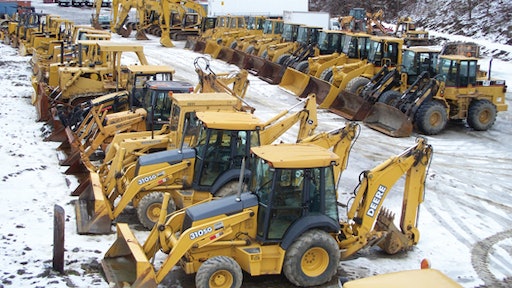 Keeping track of your equipment fleet just got much more complicated. When I was growing up, if I wanted a Coke, I ordered a Coke.  Today there are eight versions of Coke, and the U.S. machinery industry is quickly moving in the same directions.

1. Pay close attention to the equipment you are buying and selling. You must be alert to not only the type and brand of machine you purchase, but also what one of three or four engines it is equipped with.

2. Your sales people and desk clerks must know the emission regulations and advise your customers about where it’s legal to operate the equipment in your fleet. How the machines are equipped will dictate when and to whom you can rent equipment, the residual value of the machine and whether you will have to buy a de-tiering kit in order to sell it overseas.

3. You’ll also have to closely monitor the operating costs of the new machines and determine if the marketplace will allow you to increase your rental rates to recoup the higher cost of the machines. You will have to pay careful attention to the residual value of your fleet. How much will that machine be worth when you are ready to dispose of it or trade it in?

Pretty soon when you go to an equipment auction you won’t be able to say you want to buy a loader-backhoe that will dig 14 feet. You’ll have to be very specific about what engine it is equipped with and whether it complies with the emission regulations for where your customer wants to use it. The availability of all the different versions of machines greatly complicates machine ownership.

The regulations also caused users to rent more and to avoid buying the new machines.  Uncertainty about the economy was a factor in users renting more rather than buying. So, emission regulation and economic concerns have driven people toward rentals.

Rentals have also benefited because many projects with government funding require that the equipment used on the job site conform to all U.S. EPA emission regulations. The EPA has also designated certain geographic areas, especially around cities, as zones where emission compliant equipment must be used. A contractor may call your rental company looking to rent equipment that conforms to the emission rules where they are working.

In our survey we found that equipment owners (users and rental companies) are experiencing price increases of 10% to 25% for equipped with the Tier 4 Interim engines and expect similar increases for the Tier 4 Final equipped machines. The jury is still out about whether operating costs, including fuel, will be higher with the newly equipped machines.

Equipment manufacturers are also coping in response to the regulations and trying to make the residual value of their machines more predictable. For example, JCB has Tier 4 Interim engines that do not need after treatment. JCB has also said it will assist owners of their equipment to remove the emission devices if they sell their used machines to overseas buyers who do not have low sulphur diesel fuel available. Volvo has also just introduced a “kit” so that owners can sell their used machines overseas and still protect the Volvo engine against high sulphur levels while still meeting Volvo internal design standards. Volvo also announced a program that guarantees machine fuel economy.

Equipment has become much more complicated. It’s a new era in the machinery business.

Video: Gasoline Engines Emerging Due to Costs of Emissions Regulations